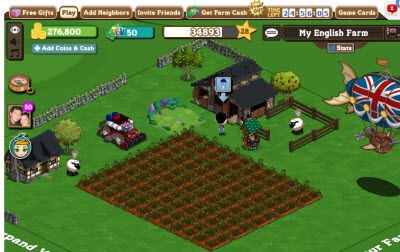 Social gaming revenues hit $1 billion in 2010 and could grow five-fold to $5 billion in the next five years.

Market research firm Parks Associates said that the revenue growth will come from increases in both advertising and virtual goods sales. The report shows that social games on Facebook and other social networks are more than a flash in the pan.

“Gaming on social networks has quickly become the most visible category of online games,” said Pietro Macchiarella, a research analyst at Parks Associates. “Right now more than 250 million people play games like Zynga’s CityVille and FarmVille on Facebook every month, and both game developers and marketers have taken notice. Big brands such as McDonald’s and 7-Eleven have carried out cross-promotions with existing social games.” 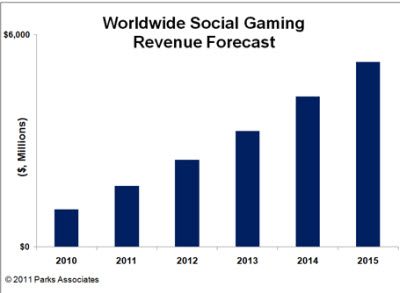 Macchiarella said that social game companies have figured out how to improve monetization of users. Most social games are free to play, where users play for free and pay real money in small amounts for virtual goods.

In typical social games, only 1 to 5 percent of players may actually pay for virtual goods. But the revenue from the people who play can generate enough money to make the games profitable, since the costs of making these games and running them on outsourced data centers is relatively low.

Early games often weren’t designed to properly extract money from players. But new gameplay innovations are convincing players to buy virtual items such as virtual tractors, seed, or rare swords to build status, improve the gaming experience, or gain a competitive edge. The ability to tweak the games so gamers play longer and buy more is also an important tool for improving monetization.

“Advertising innovations such as branded games, sponsored items, communities, and ‘advertainment’ that enhance, rather than interrupt, a gamer’s experience will also generate new sources of revenues for game publishers,” Macchiarella said.