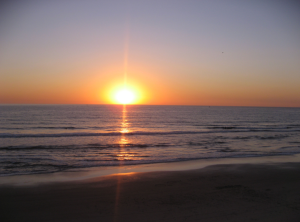 Friendster, one of the earliest social networks to grow big, is trying to capitalize on its Asian growth by expanding its business operations in the region. Singapore and Sydney, Australia will now host two key business offices, with former Googler and current chief executive Richard Kimber working from the latter city. Formerly based in San Francisco, Friendster has also moved its global headquarters to Mountain View, Calif.

It’s a symbolic move for the company, which at first had targeted users everywhere. In the U.S. today, Facebook and MySpace dominate. Those companies, as well as hi5 and others, have millions of users around the world. Friendster, of course, likes to tout a recent comScore study showing that some 41 percent of internet users today are in Asia, versus 19 percent in the U.S. It clearly wants to grow in this market without rivals moving in — they mostly haven’t, yet, from what we’ve heard.

Meanwhile, Friendster is hoping to make money from ad sales in countries where most of its 75 million registered users are located, especially the Philippines, Indonesia and Malaysia. It has cut deals with four regional ad networks and expanded its office in the Philippines.

[Image via Beach Front Only]