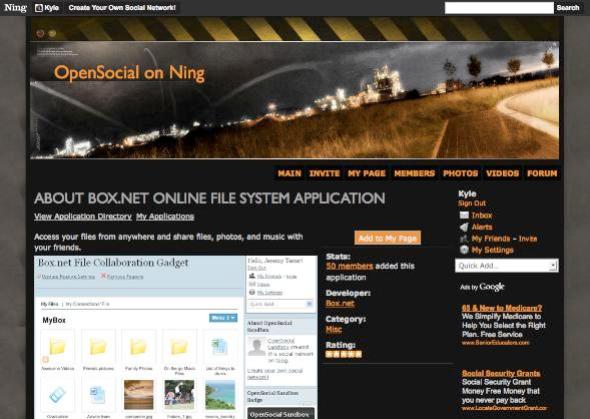 Ning, a company that lets anyone create a social network, is integrating with OpenSocial, the standards platform that makes it easier for any developer to write applications for Ning.

Other social networks, including MySpace, hi5, Bebo and Friendster, already use OpenSocial. This means that a developer can build an application on a single standard — OpenSocial — and have them easily work on any of these networks. Thousands of developers have used OpenSocial to build applications for these sites.

Ning had already offered access to developers through its own platform, but the move to OpenSocial may see a surge of new developer activity: Today, launch partners include nearly 30 applications, such as Box.net’s service for sharing large files.

Ning stays it has more than half a million social networks, about 65 percent of which were used in the last 30 days, according to the company. Ning doesn’t offer more detail on metrics such as monthly unique visitors or total registered users, but certainly there is some opportunity for developers.

Ning users who create networks will be able to offer apps to their respective users through customized versions of application directories, featuring OpenSocial applications.

Ning is considering integration with Facebook’s platform. Facebook, however, has been internally debating how to fully open its platform; in the meantime, Ning has focused on OpenSocial integration.