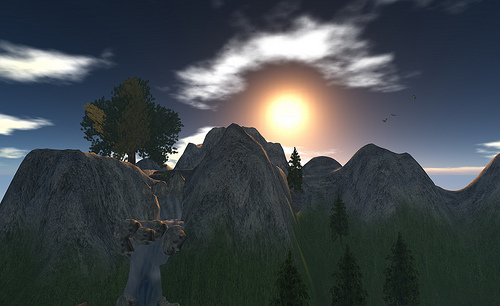 Navigating the laws of cyberspace is getting ever more complex as virtual worlds themselves become mirrors of the real world. That’s one clear message from a Stanford University event on legal frontiers for digital media that I attended today.

Protecting children from predators is at the top of the list. But there are thorny issues about who owns the property created in the worlds, what rights to privacy should users expect, how operators should work with real-world law enforcement, whether gambling with virtual money should be regulated, and in general whether or not real world laws should govern behavior in virtual worlds.

Ever wary about child safety, the lawyers and programmers at Disney made sure that kids couldn’t swear or say other risky things in the company’s web-connected virtual worlds. But then the kids started greeting each other with comments like “I am sofa king glad to see you.”

Neither the word “sofa” nor “king” were on the banned words list. But say them fast, and you see how kids have created their own code to get around censors, said Jordan McCollum, vice president and counsel at the Disney Interactive Media Group. The point is that tech alone can’t handle the problem. Disney has hundreds of human moderators watching over the conversations to ensure everyone complies with rules. And parents have to oversee the kids as well.

If laws are too restrictive, they squeeze all of the fun out of a world. After all, if you can’t say much to your friend in the virtual world, what’s the point of communicating? That was one of the points we discussed at the panel today. Dan Offner, a lawyer at law firm Nixon Peabody, said the basic challenge is that the laws aren’t keeping up with technological change. 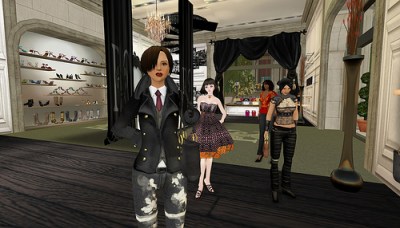 Working out the legal issues is important because virtual worlds are becoming more mainstream. Sony Online Entertainment said today that its Free Realms virtual world drew more than a million users in its first 17 days. World of Warcraft has 12 million users. Linden Lab’s Second Life had 732,526 unique users in the first quarter, up 25 percent from a year ago. Nexon‘s MapleStory has 92 million members worldwide, including 6 million members in North America. Virtual worlds raised $594 million in venture money in 2008, and there are more than 200 virtual worlds for kids in the works.

These are all big businesses too. In Second Life, residents spent $120 million in real money on virtual goods and services, up 64 percent from a year ago. Sulake, which runs a cartoon-like world, Habbo, in which kids can decorate their rooms and characters, generated $60 million in virtual goods revenue in 2008. The recession has claimed a few victims so far, such as Google, which shut down its Lively by Google virtual spaces.

With so much money at stake, operators have to be aware of the legal pitfalls that could trip them and stall growth. Some of the worlds are beginning to sell currency cards at retail stores so that kids can pay membership dues for the worlds even though they don’t have credit cards. But credit cards were one of the ways operators could verify whether someone was an adult or a kid. 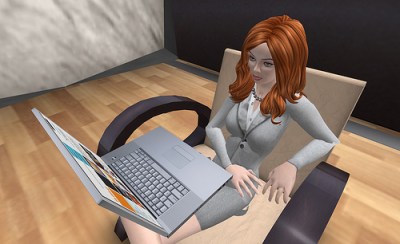 The Federal Trade Commission is conducting research related to the presence of explicit adult material in virtual worlds and how accessible it is to children. Virtual world operators that collect data from kids under 13 have to comply with a federal law, the Children’s Online Privacy Protection Act, which requires that operators get verified parental consent for the child’s participation in the world. A group of online game companies are also setting their own guidelines on when or when not to advertise to children.

Adults are also concerned about privacy, particularly with “mirror worlds” that use images to recreate the real world, such as Google’s StreetView or Blue Dasher. The residents of the town of Broughton chased away a Google camera car that was planning to shoot pictures of the town for the virtual world.

Sean Kane, a partner at Drakeford & Kane law firm in New York, said Antonio Hernandez, a World of Warcraft player in Florida, sued a company called Internet Gaming Entertainment for spoiling the experience of the game. IGE ran a gold farming operation, where it hires players in places such as China to collect lots of gold and then sell it to other players. That violates the terms of use set by the game owner, Blizzard Entertainment, and so Hernandez tried to put an end to it.

Another case involved a Second Life resident, Mark Bragg, who found a way to buy real estate in the world at below-market prices. Linden Lab terminated his account and Bragg sued. The courts favored Bragg because it found Linden’s terms of service to be too draconian. The case was settled out of court.

In Eve Online, where players form their own companies, one company held a public offering of stock. That raised the question of whether the company should be regulated by the Securities and Exchange Commission, particularly if Eve Online’s in-world currency can be converted to real dollars. The same concerns arise when gambling happens in the virtual world and the dollars that players win can be converted into real cash. Faced with government oversight, Linden Lab chose to shutter casinos in Second Life.

Steve Ross, associate general counsel for Japanese game publisher Square Enix, said his company polices accounts for violators of the terms of service and eliminates as many as 5,000 accounts at a time. His company does not allow users to own any property in the world. One reason is that it’s hard to stay ahead of hackers. If an online site allows users to owner property and then fails to protect that property against hackers or thieves, is it liable for lost virtual items?

Even with the risk of hackers, online games are making progress gaining government approval. In March, the Swedish government gave legal sanction to Mind Ark’s central bank in its Entropia Universe. The government will audit the Mind Bank and guarantee its deposits.

There are many more legal frontiers to cross. As fans recreate brand images from the real world, they’re likely to be sued for infringement by the owners of the real world brands. Tazer International filed such a suit against Linden Lab and then later dropped it.

Then there was the bizarre case in Japan where a man and a woman met in a virtual world, MapleStory, and got married. Then they got divorced. Then the woman killed the avatar of the man (by hacking into his account), and real world police stepped in to arrest the woman.

This is going to keep the lawyers busy for a long time. (Disclaimer: the lawyers on the panel said they were speaking for themselves, not their companies).