SoftBank has formed a joint venture with two other Japanese companies to support road maintenance programs in the U.S. using real-time data garnered from connected cars.

The new venture, known as i-Probe, was initially created as a subsidiary of Japanese construction services company Pacific Consultants (PCKK) last year, then in March it was transferred to a joint venture co-owned by SoftBank, PCKK, and engineering services company Oriental Consultants Global (OCG). Underpinning i-Probe’s business is SoftBank’s experience of the internet of things (IoT) and big data processing, which will be paired with PCKK and OCG’s knowledge of road infrastructure, to sell insights to public agencies responsible for fixing potholes, bumps, and similar road defects.

The American Society of Civil Engineers gave U.S. roads a “D-plus” grade in its last Infrastructure Report Card in 2017, with 45% of the country’s roads considered to be in poor condition — this situation is reportedly getting worse. Elsewhere, SBD Automotive data suggests that connected cars will account for more than 70% of all automobiles sold in North America and Europe in 2020, while the monetization of automotive data is expected to be a $33 billion market globally by 2025, up from $2 billion in 2017.

A number of companies already exist for the express purpose of monetizing insights gleaned from connected car data, including Vancouver-based Mojio and Israel’s Otonomo, the latter of which raised a fresh $46 million in funding just a few weeks ago.

Connected cars generate all manner of data points that can be used by third-parties for any number of use cases. For example, GPS information can be used to market coffee shops based on the driver’s location, while automakers can carry out remote diagnostic assessments. And insurance companies can track behavioral data, such as braking habits, to establish how much of a “risk” a driver is when assessing their premiums. But in-vehicle sensors can also be used to detect external conditions, which is where i-Probe will come into play.

Not a great deal is yet known about how iProbe’s technology works, exactly, but the company told VentureBeat that it applies analysis to data garnered from tire sensors already installed on connected cars. The data it captures is transmitted over 5G and processed in the cloud for city or state operators to access, while the platform can generate visualizations of road conditions based on severity to help road maintenance bodies prioritize their workloads. 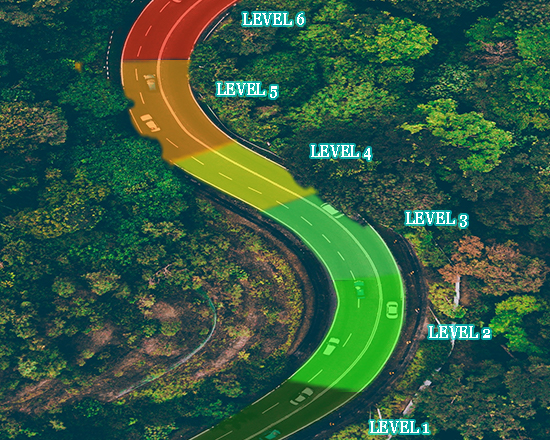 Above: i-Probe road map of defects

A spokesperson confirmed to VentureBeat that i-Probe has signed a deal with an unnamed automaker to further develop the technology through a pilot project, while it also has entered into a partnership with the San Diego Regional Proving Ground, a facility for testing and validating technologies relating to connected and autonomous vehicles.

When this is deployed at scale, i-Probe’s technology promises to provide a live map of road surfaces that is always up-to-date. But this isn’t ready for prime time yet — while it has already started gathering data through prototype vehicles, the company doesn’t expect to launch its service for another few years.