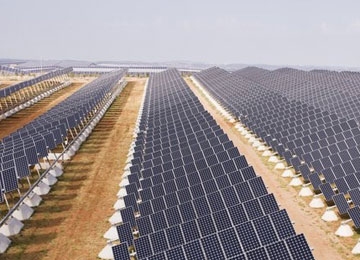 Calisolar, maker of cheaper, high-efficiency solar cells, has raised a fresh $15 million to get it closer to its goal of producing more than 200-megawatts worth of solar materials, according to Director of Marketing Bret Adams.

Right now, Calisolar is churning out about 60 megawatts-worth of solar wafers and cells at its manufacturing facility in Sunnyvale, Calif. Adams says the $15 million, which is dwarfed by prior fund raises, won’t be enough to reach the company’s goal, but it should get it on its way. Calisolar is at a point where it might start considering an IPO to raise the remaining financing, he said, but the company isn’t disclosing how much more is needed.

Calisolar last raised funds in February, bringing in $23.5 million in equity linked to its acquisition of 6N Silicon, one of its primary material suppliers. Both companies’ investors contributed to that round.

In addition to increasing its output, the company hopes to continually bring down prices of solar modules, making solar energy more cost competitive with fossil-fuel sources. It accomplishes this by purifying its silicon in a liquid state, which requires far less energy and capital equipment. A small fraction of the business is involved in recycling low-cost scrap silicon as well.

Other companies like First Solar and Nanosolar are trying to reduce prices by slashing the amount of silicon needed — developing thin-film modules.

Calisolar has now raised about $186 million in capital since its inception in 2006. It is consistently backed by Advanced Technology Ventures, Globespan Capital Partners and Hudson Clean Energy Partners. It also benefited from a $51.6 million tax credit via the federal stimulus package. Its purchase of 6N brought investors Good Energies, Ventures West and Yaletown Ventures into its fold.

Right now, Calisolar employs about 300 people, but it’s bringing new staff on every week. Coinciding with the fund raise, the company appointed John Correnti as its new chairman of the board and Terry Jester as its executive vice president of operations.