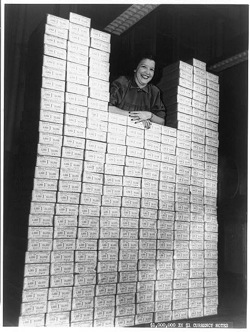 SolarWinds, an Austin, Texas-based maker of network management technology, has ended a nine-month stretch where the market saw zero public offerings from venture-backed companies. The company just finished its first day of trading as SWI on the New York Stock Exchange, and while that probably won’t (and shouldn’t) end all the wailing about the IPO market, at least it shows that the door isn’t closed completely.

There have been a few other successful IPOs this year, including last week’s from satellite image-maker Digital Globe, but SolarWinds is the first venture-backed company to go public since Rackspace last August. And even then, we’re still not talking about your standard venture-funded startup. Senior vice president and chief product strategist Kenny Van Zant says SolarWinds has been profitable since its inception in 1999, and although it was backed by Austin Ventures, Bain Capital Ventures, and Insight Capital, that funding didn’t come until 2005 and 2006, and took the form of debt financing rather than a normal venture round.

“We’ve always been run based on the capital the company earned,” Van Zant says. “That was a really appealing part of the story for investors, because they didn’t have to ask about whether the business model is mature yet, whether operating model was mature yet.”

When Van Zant last spoke to us in January, he said the recession had delayed the company’s IPO. Now, he says, “From our point of view as a management team, this is the beginning not the end, just a step in a long process. We’re not try to time the market in any way.”

SolarWinds sells network management software targeted at smaller companies than those served by competitors like IBM and HP. There’s still plenty of opportunity for growth, Van Zant says, because networks are becoming more crucial to every businesses’ operations, making them look for affordable solutions. The company brought in $24.1 million in revenue during the first three months of this year, up from $20.4 million during the same period in 2008.

Another venture-funded startup, OpenTable, is also set to go public this week.