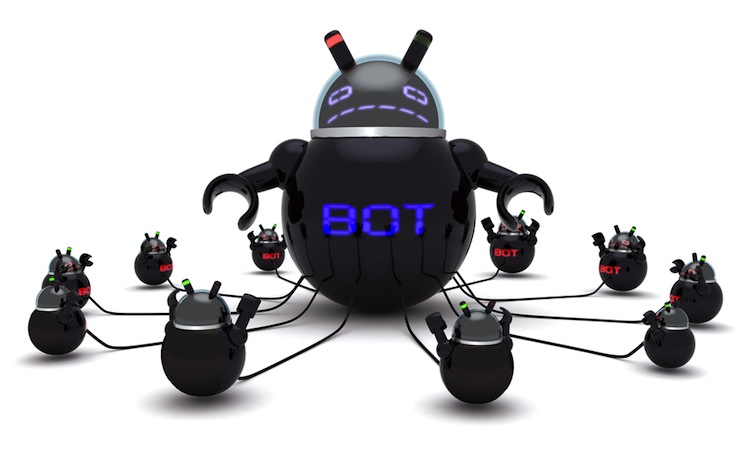 Solve Media is trying to defeat bots in the advertising industry. It created a new type of advertising that makes people prove they are humans, and now the company is bringing together some well-known names in security to form the “Security Advisory Council.”

“Bots are basically the platform by which all the bad guys will [launch] their attacks … A bot infrastructure allows an attacker to hide their attack over a period of time,” said Sourcefire security architect Adam O’Donnell in an interview with VentureBeat, “We’re going to help quantify what the attack vectors are.”

The Security Advisory Council, which is rounded out by Chris Wysopal and Elad Yoran, will research bots and provide that information to the advertising community. Bots affect a much broader audience than simply advertising, but where there’s research, there’s the potential that you can find something that can help industries beyond your own. And, Solve Media chief executive Ari Jacoby is concerned, the advertising community isn’t doing enough anyway.

“It was shocking for us to see the huge wall between the security community and the advertising technology community,” said Jacoby in an interview with VentureBeat. “We specifically decided to put this council together because our peers are not having security conversations and they’re really, really important.”

Bots are often a string of computers which have a common virus on them. The virus allows a criminal to obtain control of the machine, using it to steal information and send it back to the hacker’s servers. In an online advertiser’s case, a bot can cost companies a lot of money by providing “fake” clicks.

The advertiser pays the host space money for every click on that advertiser’s ad. The hope is that one of those clicks will result in the purchase of that advertised product, or a sign-up for a service. If the click is fake, though, the advertiser is paying money for a customer who doesn’t exist.

Solve Media says bots cost advertisers up to $1.7 billion in wasted clicks. In order to fix this, Solve created its own advertising product: putting the advertisement wherever a CAPTCHA is. A CAPTCHA is one of those hard-to-read forms that make you write a word in a box to prove you’re a human before you, say, post a link to a website. In Solve Media’s CAPTCHA, instead of typing in a word, you type in the slogan or brand that is in the advertisement to prove you’re human.

Jacoby says the company is processing around five million CAPTCHAs every day.