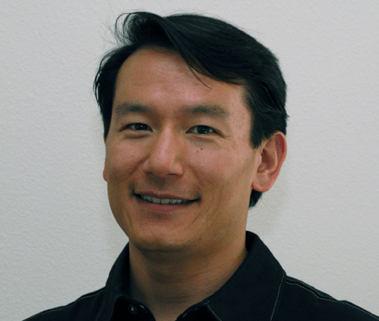 [Editor’s note: A lot of web startups we talk to these days seem very similar to a lot of other web startups we talk to — from social networks to Firefox plugins to micro-messaging services to a long list of others. We want to cover companies that are clearly doing something unique and interesting. So here’s a great post that we’re republishing with permission from investor David Shen, with his pointers on how to take a me-too product and make it a winner.]

I believe the universe of internet businesses has become extremely crowded in the last few years. In the early days, you could easily come out with something new because there weren’t that many competitors out there. Now, it’s hard to find somebody who isn’t working on something similar to what you’re thinking about. So competition is fierce and many times you’ll find entrenched competitors with a lot of product inertia and a great head start.

The other huge problem is on the consumer side. Consumers are deluged by new products and services all the time. They have overload and just keep to the products they know best, and need to have a really good reason to change and move from another service to a new entrant. We saw this first in the past with email addresses; Yahoo Mail users were hesitant to move because the cost of changing your email address was super high and thus user retention was very high. Now add what makes up our digital lives on services like flickr (all our pictures that we’ve uploaded for half a decade now), or facebook (our friends are all here, plus their interconnections), or linkedin (our business connections are all here, plus all their historical connections). The cost of moving has become so high because we’ve invested so much time and effort into those services and we don’t want to redo that, let alone adding the cost of learning a new service.

As an early stage investor, I’ve found that this makes picking companies exponentially harder and it’s a shame. I meet a lot of smart entrepreneurs with some really great ideas, but then I do some research online and find that there are others who are working on something similar or in a close enough space to be competitive. Then I start to get worried about their prospects.

You can find tons of books on the subject of competition and winning despite having entrenched competitors. In general, I have found that entrepreneurs are doing what they should be doing to attack a crowded market. These are things like (my thanks to Andrew Chen for helping me with this list):

1. Innovate on the product experience (ie. Posterous vs. WordPress).

2. Business model changes, where you are going free (or freemium) for a product that’s usually subscription (or fixed charge).

3. Changing the market where you’re going long tail instead of hitting the larger market (ie. casual games versus hardcore games).

4. Change in distribution model, where you are delivering something as a service rather than a download, or bundled into an existing thing (ie. Facebook app) instead of a standalone thing.

5. Change in branding. An example is where you cater to an upscale prestige market or niche market instead of a mass brand, or vice versa like taking a niche product and making it available to the masses.

6. Create a business that is better, out of a larger part of another business (ie. Lefora created a message board hosting product for those who don’t want all the bells and whistles of a full social networking product).

7. Innovate on design, which appeals to those who want a similar product but one that looks/feels better.

8. Offering more features on a product, or customization on product.

And the big, traditional way of taking a new entrant into a crowded market:

9. Mass advertising to gain broad awareness and induce trial and adoption of new product in face of existing competitors.

So I am not saying it’s not possible to win against a crowded marketplace. My issue is with early stage startups: in order to win in a crowded marketplace, early stage startups often don’t have enough resources to last long enough to compete effectively and win. While a lot of the above can be implemented, growth time is limited by whether or not you have enough capital and revenue to survive until you run out.

To me, if you’re developing a me-too product, it’s ultimately going to boil down to a marketing game more than in any other situation. You can develop the best product or service, but if nobody knows about it because they’re busy using something else, then you’re still dead.

So distribution for a me-too product is critical. In the past and present, large corporations could do this because they had lots of money to launch large advertising campaigns. They knew distribution channels and could insert their new product there. They had contacts in their market and it was straightforward to get word out that they had a new product even if it was similar to existing products.

As a new startup, you may not have those channels and contacts established, and certainly you don’t have money to spend on advertising plastered on the Superbowl, magazines, online, and elsewhere.

However, once you finish your product using one or more of the strategies above, you need to jump to strategy number 9 as soon as possible and get it out to consumers. You don’t have time to wait until people notice you; you need to get noticed.

Some possible ways of doing this:

1. Buy advertising. As an early stage startup, this is the least viable unless you somehow have enough money to do this. Lead gen advertising can be better than CPM based advertising as you’ll be able to pay only on a referral, but still this costs money. Let’s move onto cheaper alternatives.

3. Word of Mouth Marketing. Contact bloggers, magazines, users and get them to try and talk about your product. Getting in the NYTimes is a big traffic driver, as well as many other national circulation magazines. Online publications like C|Net and The Huffington Post can also be great. Twitter is also a great up and coming means for getting your word out.

4. Get distribution partners. Existing companies can add your product on their sites and can help you promote it. This is usually in deeper partnership such that it goes beyond just buying ad space. You look for exclusivity in contracts and features that your product has that enhance an existing company’s product and prestige.

5. Viral marketing. This is a very hard avenue to execute, which is to start with a few users and then it blossoms outward to many. Determining how your product can be viral can be an elusive game and if you don’t hit on it early, you could waste a lot of time tweaking and hoping that something you create will be virally popular and spread.

In working with a few startups, I am disheartened by the fact that the importance of distribution is still not well understood. The leading thought is that “if I build something great, then everyone will come find me.” Unfortunately, that is rarely the case in this crowded marketplace, and most early stage companies don’t have enough time to let people just wander around until they find out about the product.

They did not do enough work to go out and contact bloggers. They didn’t go out and try to woo corporate partners to see if they would help them get their message out. They just waited for users to come and they didn’t come in great enough quantity to support their business by the time their money ran out.

So don’t let your product fail simply because you can’t induce trial. Remember, you have developed a me-too product, one that users already have a solution for and switching costs and barriers may be too high for them to take action to look for a better solution. You need to get them to know that your solution exists, and attract them to try it out – and since you’re an early stage startup, you need to do this ASAP to give yourself enough time to let consumer adoption grab hold and ultimately take off, all before your money runs out.

David Shen is the President of David Shen Ventures, LLC. He advises and invests in early stage internet startups, helping them in the areas of user experience, product development and strategy, and online advertising. An early employee of Yahoo, he was its Vice President of the User Experience and Design Team for almost 8 years, eventually becoming its Vice President of International Products. David is also Venture Advisor at betaworks, a new business acceleration platform based in New York City. You can read more about him and his work here.