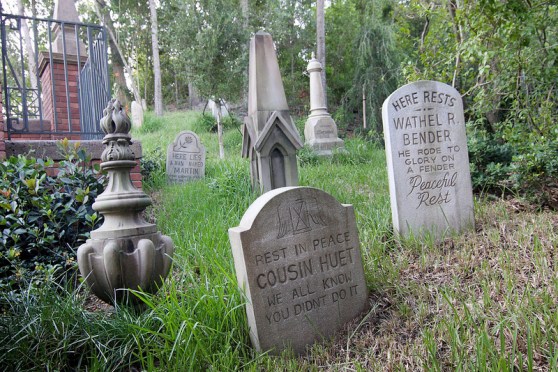 Talk about badly-timed debuts. Google rolled out its latest new product, Keep, one week after it announced it would be shutting down Google Reader.

For people already upset about Google’s lack of commitment to preserving their data over the long haul, it’s not exactly an auspicious start. Sure, Keep is just an Android app, for now, and Google is pitching it more or less as a replacement for multicolored sticky notes.

But it certainly doesn’t help that Keep was preceded by Google Notebook, another product that did almost exactly the same thing, and which Google killed off in July, 2012.

The lesson that Google seems to be teaching us — probably inadvertently — is that we can’t trust it to hang on to our data for any length of time. Don’t get too attached to any Google product, because there’s no telling when it might go away.

For that matter, don’t get too attached to any cloud-based service, especially those you’re not paying for. None of Google’s services belong to you, unless your name is Larry Page or Sergey Brin. Even those that you might pay for, such as Google Apps for Business, don’t belong to you; you’re just renting time on Google’s servers.

Ditto for Twitter, Facebook, Pinterest, and Yelp. The same goes for App.net — even if you pay $36 per year for the privilege of using an otherwise Twitter-like service, you still have no lasting claim on it. Anything you use online could disappear tomorrow, taking all of your status updates, likes, and online relationships with it.

When Everyblock disappeared overnight in February, 2013, that’s exactly what happened. After several years as a promising hyperlocal startup (it was even funded by a $1.1 million Knight Foundation grant to help foster hyperlocal news coverage and build communities), Everyblock sold out to MSNBC, then still a joint venture between Microsoft and NBC Universal. A couple years later, NBC pulled the plug without warning, deleting all the community contributions that had been made over the years. It didn’t even give users the chance to exchange email addresses so they could continue relationships they’d formed on the service. One day it was there, the next it was gone.

Sure, NBC was totally within its rights to do that: It didn’t owe anyone on the service anything. But a commenter on Everyblock’s farewell post came up with a parable that explained the situation pretty well:

Once upon a time a man had a front lawn. He said, you know what, I should turn this lawn into a garden, and let all the neighborhood use it. So he did, and the whole neighborhood came everyday to grow plants, spending much time and effort into the beauty of the garden. Then one day, he bulldozed his front lawn. “Sorry,” he said, “The garden is over.”

No one sued or called the police, because no one else owned the lawn … But from then on they all kinda thought that neighbor was a huge enema.

Back to Google Reader. The end of this service took me by surprise and hit me rather personally: I used Google Reader every day, and until last week it was a critical part of my workflow as the executive editor of a busy newsroom.

I used Google Reader’s excellent Android app to catch up on the 50+ stories VentureBeat and GamesBeat publish every day. Because it cached those stories offline, I was able to read them quickly and efficiently on a Nexus 7 during my (usually Internet-free) commute, emailing comments to the authors as necessary.

I used a variety of Google Reader bundles to keep tabs on minute-by-minute updates from competing news sites and on news sources we track.

And I used Google Reader to browse through friends’ websites and to discover interesting new material from a variety of eclectic sites, from Poetry Daily to Metafilter to Indexed.

With the passing of Reader, I’ve had to build my own alternatives from what’s available. I use IFTTT.com to email VentureBeat’s stories, as they’re published, to my mailbox. For now, Gmail works fine for reading these stories, and it has the offline capabilities I need for my commute. I’ve had some problems with IFTTT’s reliability (and it’s too slow to be a real-time notification tool), but for catching up on essential reading, this works well.

I’m experimenting with a minimalist RSS reader, Skimr, to scan news stories. It’s fast and easy. I’ve also rebuilt my own RSS news dashboard on my personal website (using a PHP-based RSS parser called SimplePie, along with some custom PHP I wrote and a stylesheet I borrowed from Readability a long time ago, back when it was just an Arc90 project) so I can scan my personal “river of news” as it breaks.

And I’ve honed some Twitter lists that I use to give me a real-time heads-up display of the news in Tweetdeck.

I’m cautiously pessimistic about all of these solutions. RSS is an open standard and it’s widely used, but I’m nervous that with Reader’s passing, websites will have less and less incentive to maintain their RSS feeds. Twitter lists are functional, but they’re entirely dependent on Twitter continuing to support and maintain them, and they’re certainly not based on any open standards. Skimr is still in alpha testing. PHP is tricky and error-prone.

So none of these solutions is perfect, and they probably won’t last more than a year or two before I have to replace them or substantially rebuild them.

That’s the price of living on the Internet: Everything changes, nothing remains still. As the philosopher Heraclitus supposedly said, some 2,500 years before the Web, you cannot step into the same river twice.