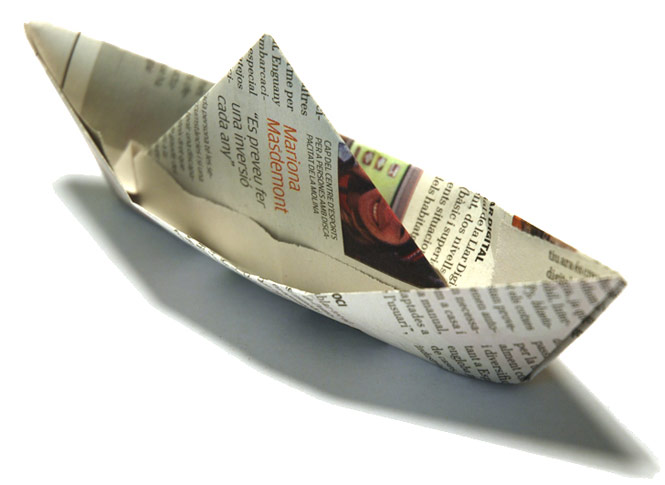 I can haz newz for phone?

Circa has released a new mobile app for news. And — hallelujah — it is most definitely not just another copycat attempt to cash in on the path that Flipboard and Pulse paved.

With cofounder Ben Huh of Cheezburger fame, Circa chief executive Matt Galligan is attempting to reframe what news is and how news is consumed when delivered via mobile channels. And no, in spite of the competition, he doesn’t see that space as crowded right now.

“Flipboard and Pulse are great ways to aggregate existing articles, but the content is the same,” Galligan told me this morning while dealing with a little failure-to-launch crisis (Apple’s app store didn’t release the app at the expected time). “The best way to deliver news is to tailor the news to the device is to make it not just prettier but actually different content.” 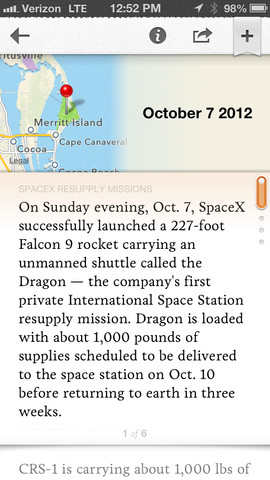 Above: A Circa news story.

So Circa built a new kind of content management system, hired 12 editors, and redefined news.

Instead of a story or an article, like this one, Circa news is a collection of points: key details. Instead of one post that tells you everything you need or want to know, Circa points back to its sources so you can easily seek more information. And instead of a static one-off story, Circa follows the news for you, if you choose, alerting you when new details come to light.

“You can follow breaking news or stories that take place over time,” says Galligan. “So for instance, about that Air France flight that went down a few years ago, they very recently found the plane’s black box. If you happened to be interested in that event, you would have to kind of be lucky to see that latest development to know about it … you have to stay very engaged.”

But people, he argues, shouldn’t need to have to remember to check up on previous stories. Instead, he argues, it’s the job of journalism to send the news updates, to keep users informed on not just categories of events, but actual events.

It’s likely we’ve all experienced this scenario: You’re interested in a story but never quite hear the end. You read about the survivor of a crash, but not how they’re doing years later. Or you see news about the stock scandal, but not whether anyone actually gets hauled into court.

Circa, if it works, could fix that.

Circa-style news will be a little Sergeant Friday-style: Just the facts, ma’am. And there will be no original reporting. But the point, Galligan says, is to drive people to the full story.

“It’s not original information but it is original content,” he says. “Trust is important to use … on a point-by-point basis we cite our sources, and while we may be the brief for someone, they can read the full articles.”

Circa has been in development for about a year and has raised $900,000 in funding. It’s Galligan’s third company — he most recently cofounded SimpleGeo, which was acquired by Urban Airship.

Oh and, in the spirit of updating the news: While I was writing this story, Circa went live on the app store. Knock yourself out.