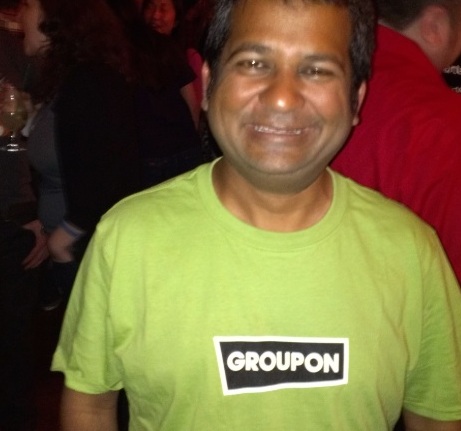 I’ve been criticized a number of times during the last year or so for my consistently negative coverage of daily deals site Groupon. (Most recently, by VentureBeat writer Jenn Van Grove.)

Sometimes, there’s just little that’s positive to say. (Disclosure: I have various puts and wagers against Groupon.) To me, debating whether Groupon is a good company is the equivalent of debating where Obama was born. The overwhelming evidence is that Groupon is a bad company. And that’s what I write.

That doesn’t mean that everything that Groupon does is bad. I’ve written positive things about Groupon when warranted. Groupon’s payments product, for example, might be a real threat to Square if it chooses to invest in it. Groupon Goods is actually a pretty good product. It doesn’t sell what I’m interested in, but that’s not a big deal — neither does Tiffany. It will make money selling Goods to people who choose to buy them. The problem, from a market perspective, is that investors thought they bought a Ferrari, and Goods is the equivalent of a Ford Focus.

People have also asked if I have an agenda: I do. I’ve been clear about that from the beginning. My goal has been to promote the creation of products for small businesses that benefit them, not exploit them. A core belief for me is that you should succeed by doing good, not by tricking people into buying products that are bad for them. In way too many cases, Groupons are sold to businesses that are ill-suited for them. There are some cases when it makes sense to run a Groupon, and I’ve written about those, too. I’ve also published a how-to guide for merchants that allows them to best make use of a Groupon promotion. I’ve defended Groupon in cases where it was clear the merchant was at fault.

If Groupon does something positive, I will write about it. I’ve even tried to find positive stories to write about Groupon:

I write positive things about a lot of companies. Just ask Virgin America, HotelTonight, American Express, eBay, car2go or GoPago. I even talked about how much I liked daily deal site LivingSocial’s new events space.

But I’m not going to make up positive things out of the blue. (It’s funny that when I write positive things, no one asks me to write negative things for “balance.”) My stories about Virgin America are about as lopsided to the positive as my Groupon stories are to the negative. That’s because they have an exceptional product that I think many companies can learn from. But when they screw up, I write about that, like when Virgin America had problems switching to its new reservation system. (For the record, I either pay for my travel, use miles, or bill it to a client.)