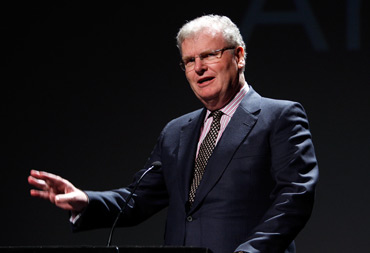 Saying, “I know this has been a frustrating time for all of you,” Sony chief executive Howard Stringer apologized tonight for the outage and identity theft as a result of a hacker attack that brought down the PlayStation Network for more than two weeks.

Stringer’s statement, posted on the PlayStation Blog, sought to reassure the 77 million PlayStation Network users and 24 million Station PC online gamers who had their personal information stolen. The message is late, to be sure, but it comes on top of another apology delivered by Sony’s No. 2 executive, Kaz Hirai, in a press conference on Saturday night. And it’s part of a concerted Sony campaign to ensure that gamers come back once the service comes back soon. Stringer’s statement shows just how grave the matter is for the future of Sony.

“Let me assure you that the resources of this company have been focused on investigating the entire nature and impact of the cyber-attack we’ve all experienced and on fixing it,” he said. “We are absolutely dedicated to restoring full and safe service as soon as possible and rewarding you for your patience. We will settle for nothing less.”

Stringer said there is still no confirmed evidence any credit card or personal information has been misused. Sony said earlier that as many as 10 million credit card numbers may have been accessed by the hacker attack, which has been blamed at least in part on the Anonymous hacktivist group. 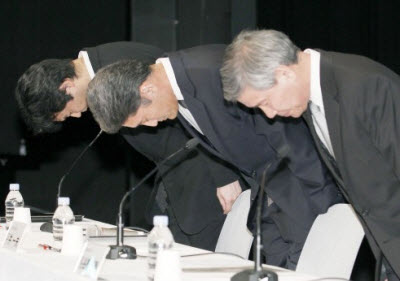 Stringer also said that Sony will provide a $1 million identity theft protection insurance policy for every user in the United States. Programs to help users in other regions will be coming soon. Stringer also reiterated that Sony will give a “welcome back” package to customers once the PlayStation Network and Qriocity services are back up. Those benefits include a month of free PlayStation Plus membership for all PSN customers and an extension of subscriptions for PlayStation Plus and Music Unlimited customers to make up for time lost.

“As a company we — and I — apologize for the inconvenience and concern caused by this attack,” Stringer said. “Under the leadership of Kazuo Hirai, we have teams working around the clock and around the world to restore your access to those services as quickly, and as safely, as possible.”

He acknowledged criticism about how Sony has handled the affair, which we have chronicled in a timeline.

“I know some believe we should have notified our customers earlier than we did. It’s a fair question,” he said. “As soon as we discovered the potential scope of the intrusion, we shut down the PlayStation Network and Qriocity services and hired some of the best technical experts in the field to determine what happened. I wish we could have gotten the answers we needed sooner, but forensic analysis is a complex, time-consuming process. Hackers, after all, do their best to cover their tracks, and it took some time for our experts to find those tracks and begin to identify what personal information had — or had not — been taken.”

The company’s investigation is ongoing and security is being improved. He noted that Sony dealt with the Japan earthquake and tsunami and now “we are facing a very man-made event, a criminal attack on us, and on you.”

“We are working with the FBI and other law enforcement agencies around the world to apprehend those responsible,” he said.