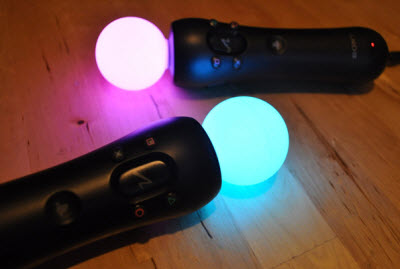 Sony said today that it has shipped 4.1 million units of its PlayStation Move motion controller to retailers around the globe. But, as is its custom, the Japanese company did not say how many of those units have been sold to consumers.

The difference between shipped and sold-through is important in this case. Analysts don’t think that Sony’s Move controller, which is a wand-like device that senses your motion and position, is selling as well as Microsoft’s Kinect motion-sensing system, which has sold-through 2.5 million units in the past 25 days. Sony and Microsoft have an apples and oranges comparison when it comes to counting sales. The outcome of the competitive battle is important because Sony, Nintendo and Microsoft all want to rule the living room.

Sony’s Move went on sale worldwide in mid-September, while the Kinect went on sale on Nov. 4. The Move units may very well be sitting on retailer shelves. In the U.S., market researcher NPD has reported that fewer than 500,000 Move units have sold, according to reports distributed to game publishers but not disclosed to the media.

Peter Dille, head of marketing for Sony’s game division in the U.S., said last week that the Move controllers were in short supply in some locations. But analysts aren’t sure that the units are moving that fast.

Michael Pachter, analyst at Wedbush Securities, said that he believes Sony has sold through about 2.5 million units to consumers, including the units that are sold consumers who are buying more than one unit. He guesses that 20 percent of the purchasers bought a second Move controller, putting the actual installed base of new purchasers at 2.1 million units. That means there could be about 1.5 million units sitting in stores now. That means that there probably isn’t a severe shortage of Move units right now. Last week, however, Dille indicated that the mix of bundles is an issue for Sony. There are plenty of consoles packaged with Move units on store shelves. But the stand-alone Move units have sold very well and they are likely to be in short supply through January, Dille said. 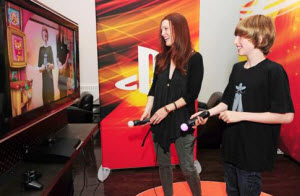 With the Move, users can wave the wand in front of a PlayStation Eye camera; the combined sensors detect the player’s movement and position, then the camera translates that input into controls for the game. Sony says its system is far more accurate than other motion-control systems. So far, 30 Move titles have begun selling in stores.

Sony said today that it has “sold” more than 41.6 million PlayStation 3 consoles to date.