Sony opened its press event in Germany today with a much-needed price cut for the PlayStation Vita. The handheld console will now sell for $199  in the U.S., down from $250. Europe gets a similar price cut.

The move is aimed at improving the fortunes of the Sony game gadget, which has been struggling in competition with Nintendo’s 3DS and Apple’s various mobile devices. 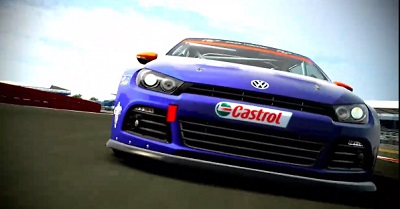 “At PlayStation, we have always understood the importance of Europe and the European gamer,” said Sony executive Jim Ryan as he opened the Sony event at Gamescom in Cologne, Germany.

Meanwhile, you can expect Sony to talk a lot about the PlayStation 4 shortly. Sony is arguing that it’s unique because it has returned its focus to gaming, not on making the console into the set-top box of the living room. It is also saying that it is the console that really cares about indie gamers. Microsoft has begun to fight back on both fronts, highlighting a stellar lineup of games and also announcing a program to court indie studios to develop games for the Xbox One.

Sony started out by showing Polyphony Digital’s latest racing game Gran Turismo 6, which is shipping on the PlayStation 3 this fall. That game will launch globally on Dec. 6 this year. Kazunori Yamauchi, the creator of the franchise, is working with two Hollywood producers on a Gran Turismo film.

Also, the LittleBigPlanet Hub will launch on the PS3 later this year. It will be a kind of haven for users who want to create their own content for Sony’s LittleBigPlanet platformer/sandbox franchise.

Sony said it has three new “mega packs” of games for the portable PlayStation Vita handheld. The Vita has more than 900 games available and has new titles coming like a new Batman game. The indie games Starbound, Velocity 2X, and Fez are heading to the Vita.

Sony is also said it would cut prices by unspecified amounts on its memory cards.