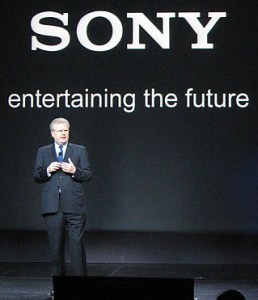 The global economic turmoil has thrown a wrench into Sony‘s turnaround plan. The Japanese electronics giant is cutting 8,000 jobs, closing some factories and reducing its investment in electronics.

The job cuts represent about 4 percent of the company’s global workforce of 160,000. The company’s core electronics business will be the hardest hit, even though electronics sales make up half of the company’s revenue. Sony is also closing five or six of its 57 manufacturing plants. One plant in France and at least three in Japan will be closed. These cuts will help it save $1.1 billion a year in expenses.

Sony is also reducing its seasonal and temporary work force. Among its investments, it will delay a planned expansion of a liquid crystal display factory in Slovakia, and outsource production of image sensors for cell phone cameras. Sony has been hurt by both the recession and the strong yen, which has made its products more expensive overseas.

There is no telling yet if the company’s games group, which has been on the mend, will be hurt. But the significant cuts are one more sign of the company’s struggling state. This financial weakness could be one reason why Sony didn’t cut prices for the PlayStation 3 when Microsoft cut prices for the Xbox 360 this fall: They really do need to cut the PS 3 price, but chose not to in order to protect profits. Howard Stringer, chief executive, has been working on the turnaround for several years. It looks like Sony’s investors and other constituents will need to have more patience.