Sony is introducing a bundle of imaging products today at the 2014 International CES, the big tech trade show in Las Vegas this week. Clearly, the Japanese company still wants to be a big player in high-quality cameras.

All of the devices focus on the heavy investment in all sorts of cameras, dabbling in everything from waterproof action camcorders to small DSLR cameras.

The first new product is the Cyber-shot W830 compact camera. It can take 20.1 megapixel images, compared to 16 megapixels for the prior version. Sony bills it as an ideal option for consumers who want an easy-to-use value camera. It costs $120 and debuts in February in black, silver, and pink at Sony stores and its website. It has an 8x Carl Zeiss Lens and can take 720p videos.

The Balanced Optical SteadyShot feature adds processing for smoother video, brighter built-in projection, and other features. You can share video via Wi-Fi and control the cameras with remote control and near-field communications.

The line’s flagship is the Sony HDR-CX900 Handycam, with 14.2 effective megapixel images and a 29-millimeter wide-angle Zeiss Vario Sonnar T* lens. It has a 12-times optical zoom and can record full HD video at 50 megabits per second. It sells for about $1,500. But other models sell for as little as $230. 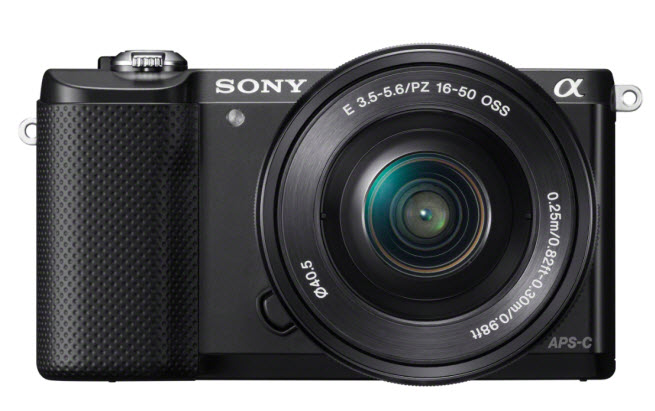 Sony is also launching what it calls the “world’s lightest interchangeable lens camera” with Wi-Fi connectivity. The new Alpha 5000 model is a DSLR camera in a compact body. It weighs just 8 ounces.

The camera takes 20.1-megapixel images, and its Bionz X processor can handle a lot of effects like noise reduction and capturing good images in fading light. It has both Wi-Fi and NFC image-transfer and -sharing. You can easily transfer photos to NFC-based Android smartphones or tablets. It debuts in silver, black, and white in March for $600, and you can also buy a 55-210mm lens for $350.

Sony is also launching its first compact 4K Handycam camcorder. The 4K Handycam FDR-AX100 is about a quarter of the size and a third of the weight of a previous model. It can shoot video with four times the resolution of 1080p high-definition cameras.

Sony says the 4K camcorder captures images that are incredibly vivid. It records 24P and 30P movies at full resolution and play them back. 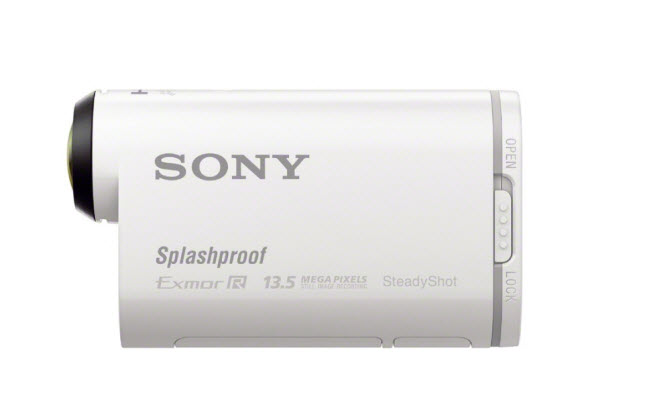 Sony is also taking on the likes of GoPro with new action point-of-view video cameras. These cameras are for extreme sports fans such as mountain bikers, some of whom like to strap cameras on their helmets and shoot video.

The newest wearable video camera is the Sony HDR-AS100V. The “action cam” can capture full 1080p video in modes such as 1080/24p. It is a “splash-proof” camera that you can take into the wild. It has SteadyShot image stabilization, a 170-degree viewing angle, and the capability to cancel a videographer’s voice. That helps you get rid of annoying distractions.

You can mount these action cams in places like helmets, kayaks, or surfboards. It has NFC and Wi-Fi for sharing. The video camera goes on sale in March for $300. With a new Live View Remote, the camera sells for $400.