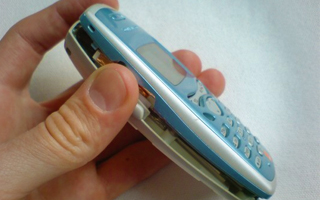 The venture is just over 10 years old; it was conceived as a way for Japanese consumer electronics giant Sony and Swedish telecommunications company Ericsson to better make and market mobile phones.

But over the next six or seven months, the entire operation will be rebranded as just Sony and will put all its eggs in the Android smartphone basket, where the manufacturer will be competing with Android heavyweights such as Samsung and Motorola.

“A lot of planning goes into getting the branding right, but we will be done by middle of next year,” said Kristian Tear, executive VP and head of sales and marketing for Sony Ericsson, in an interview with Times of India.

At the time of Sony Ericsson’s founding, Ericsson was the third largest mobile device maker in the world and Sony had captured a mere 1 percent of the global mobile market. However, Ericsson was struggling due to a supply chain upset (one of its plants was destroyed in a fire) and wanted to partner with an Asian firm that could mass-produce cheaper handsets.

While the Walkman phones and the Cyber-shot gave the firm a much-needed shot in the arm, the new era of smartphones has not been kind to Sony Ericsson. When the iPhone was first released, Sony Ericsson was still betting on the Symbian mobile operating system; I think we all know how that bet paid off.

While Nokia, another former Symbian adherent, has switched to Microsoft’s Windows Phone as its new platform of choice, the new Sony mobile phones will be all about Android. The brand’s line of Xperia devices were an experiment in that area — one that apparently paid off to the executives’ satisfaction.

“We haven’t been as fierce as we were a few years back, but we will step it up, refocus and invest more in brand-building in select markets,” Tear concluded.