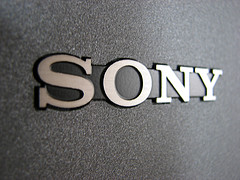 Sony has launched a new streaming-music service in the U.K. and Ireland, showing that the company is forging ahead with a plan to create a media ecosystem around its products akin to Apple’s, despite a long history of failed efforts in this arena.

The streaming service, Music Unlimited, will be available in the U.S. and other countries next year. Sony joins Rhapsody, Spotify, Napster, MOG and other music streamers in offering a service that relatively few people want. Further, unlike those services, the music won’t be available on phones.

“In short,” notes Peter Kafka at All Things Digital, “it appears to be like every other subscription service, only much more limited.”

Supposedly, Sony will eventually make the 6 million songs available on Android phones and on a range of Sony’s own mobile devices. But as Kafka notes, Sony makes no mention of the iPhone. Listening via phone is “pretty much the point of these things,” Kafka acidly observes.

Although Sony is clearly taking on Apple, Sony executive Kaz Hirai, a longtime head of its more successful video-game unit, told the AP that the company is going with streamed music rather than downloadable songs because Sony “realized that if we were playing catch up with the same (iTunes) model, it would be difficult to appeal to users.”

It’s hard to say what about the service will appeal to users, other than, perhaps, PlayStation 3 owners. There, the company enjoys an existing customer base of 60 million users, about 80 percent of who connect to the Web via the device. It’s not clear how many of them will sign up with Music Unlimited, and it’s even less clear how many non-owners of PlayStations will sign up. The service is or will be available via a range of Sony products including Bravia televisions, Blue-ray players and Vaio computers.

Music Unlimited’s full name is actually “Music Unlimited powered by Qriocity.” Qriocity (which, the uninitiated learn after a moment of puzzling over the name, sounds like “curiosity”) is the name of Sony’s attempt to take on the market for online video delivery. It has been a flop.

Music Unlimited stores music in the cloud, synchronizing with user’s music playlists – well, except for those songs that are copyright-protected. In the U.K, the service costs 10 pounds a months – about the same as Spotify.