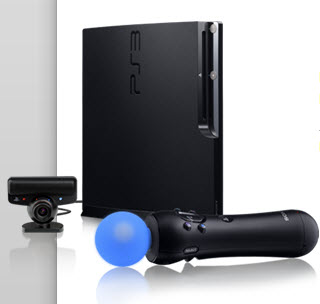 Sony said today that its North American division has shipped more than a million PlayStation Move accessories to retailers in the peripheral’s first month on the market.

The PlayStation Move is a motion-sensing wand-like controller that is Sony’s answer to the Nintendo Wii. It is more accurate and responsive than a Wii controller and is thus the first major change to the controllers for the PlayStation 3 since the system was introduced in 2006.

Peter Dille, head of marketing for Sony Computer Entertainment America, said that Sony will reveal more data on a global basis when it reports its earnings later this month. He said he could not say just yet how many of the Move units have sold through at retail yet. But he said the units are sold out in many retailers and Sony is replenishing supplies via air freight.

John Taylor, an analyst at Arcadia Research, said he believes that several hundred thousand units of the Move have been purchased at retail. It’s not sold out in most locations, he said.

The Move went on sale in North America on Sept. 17. Microsoft’s own motion-sensing system, the Kinect peripheral with its 3D camera, will go on sale for $149 on Nov. 4. In September, Sony sold 311,000 PlayStation 3 consoles, up 38 percent from August, according to market researcher NPD.

Dille attributed that increase in part to the Move bundles, which package the PS 3 with Move hardware. Dille said that PS 3 peripheral sales rose 163 percent from August to September, a reflection of good sales of the Move. He said there are 24 Move-enabled games on the market, including Sony’s own Sports Champions game. Sony also just shipped The Shoot, which comes packaged with a gun-like peripheral. About 15 more Move games are expected to ship by March 31.