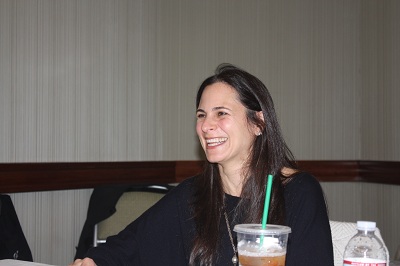 An executive at Japanese entertainment conglomerate Sony said its PlayStation Network online service has more than 70 million users now, 70 percent of whom connect to it every week.

The PlayStation Network, or PSN, is Sony’s attempt to engage its video-game console and PlayStation Portable audience in a larger online entertainment network that includes online games, movies and TV shows, and Sony exclusives such as Qore, a digital magazine, and The Tester original TV show. It’s a strategic asset for the console maker as more of the-video game audience moves into the online world.

Susan Panico, head of the PlayStation Network in North America, said in a press event at the Game Developers Conference today that the PlayStation Home virtual world for console users has also reached 19 million users with an average session length of 70 minutes. In 2010, she said Home added  3 million users.

Panico argued that the numbers show that the PSN audience of hardcore gamers is one of the most engaged that you’ll find. The audience plays lots of games, with two thirds of them going online to play games weekly. For context, Sony has sold more than 47 million PS 3s and 66 million PSPs. So the 70 million-figure is an impressive number. Microsoft has sold more than 51 million Xbox 360 consoles and, at last count, more than 30 million are on Xbox Live. Nintendo has sold more than 85 million Wii consoles, but the number of users that have gone online isn’t known.

Sony ‘s network includes original games such as Flow and Flower, and the upcoming Journey from developer Thatgamecompany. Many of the original PSN games have ratings as high as games sold in retail stores.

Sony’s holdings around the world include movie and television studios and music labels, giving it considerable content to put into its online services. But it has struggled to integrate those assets with its video-game and electronics businesses.

“Our audience are interested in a broad array of entertainment and they like to get it all in one place,” Panico said.

Panico said that January was the fifth-highest revenue month ever for the online store and it has strong year over year growth. (Sony doesn’t disclose precise numbers). She also said January was the sixth-best month for downloads. She said subscriptions for the PlayStation Plus membership service ($49 a year) are climbing and saw big lifts in December and January. Many games can still be played multiplayer for free, but the membership allows users to get into early beta tests for new games.

Panico said that while PlayStation Home started as a place for users to chat and meet friends in a virtual world, it has not turned into a kind of theme park where users can play a wide range of games.

Microsoft is the big rival with the online game service, Xbox Live, which costs $50 a year for multiplayer gaming. Microsoft competes across the board in providing all kinds of entertainment on Xbox Live. It has more than 30 million gamers and its advantages include frequent exclusives for games such as Call of Duty for multiplayer play. But Panico said that Sony has been emphasizing exclusive games of its own and she said that lots of Call of Duty gamers are choosing to play on the PS 3 as well.

Sony’s added entertainment specials include the Qore digital magazine and Pulse, the biweekly entertainment update show. Millions of users tuned in to watch The Tester, a reality TV-style show where gamers competed to get a job testing games at Sony.