Sony’s GSN Games has acquired rival social casino studio Plumbee for an undisclosed price. The acquisition is a sign of further consolidation in the social casino games business, which generated $3.3 billion in revenues in 2015, according to market analyst Eilers Research. 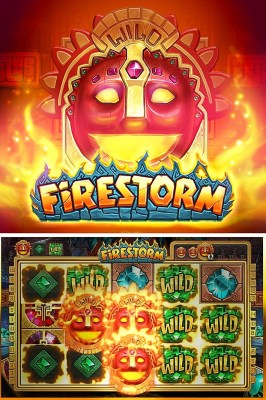 Eilers said that in the fourth quarter, the top ten social casino game publishers held about 72 percent of the market. The United Kingdom-based Plumbee will become GSN’s London studio. Founded in 2011, Plumbee is best known for its Mirrorball Slots app, which has been downloaded more than 10 million times on Facebook and mobile devices.

Plumbee’s team of 44 employees who have a track record of creating games for social casino audiences — which consist mainly of older women on social networks such as Facebook on the desktop and on mobile devices. GSN already has 525 employees.

“This important acquisition will immediately bolster GSN Games’ ambitious growth plans by leveraging the top talent and social casino expertise of Plumbee to create best-in-class winning experiences for our players,” said Steve Brunell, chief operating officer of GSN, in a statement. “We are also excited about the expansion of GSN Games into the United Kingdom, where we will look to capitalize on the high concentration of world-class gaming talent to supplement our outstanding Plumbee team.”

GSN Games has been on a bit of an acquisition spree. Last year, it acquired Idle Gaming, maker of Fresh Deck Poker and Slots of Fun, for an estimated $10 million. That deal gave GSN 20 employees in San Francisco and Ukraine. Now GSN Games has seven locations across the globe.

“We are delighted to join GSN Games, a growing force in the social casino space that ranks as a top five publisher worldwide,” said Raf Keustermans, CEO of Plumbee. “We look forward to adding our art, engineering, product management, analytics, and marketing expertise to the existing scale, stability, and talent of GSN Games to create industry-leading social casino experiences.”

Above: Plumbee’s team with game characters.