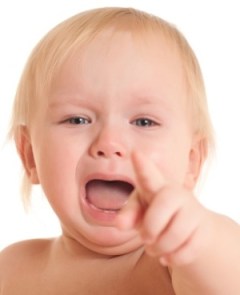 Over the weekend, the White House responded to the online petition regarding SOPA. Although the response was by and large measured and acknowledged many of the  concerns that have been raised by the Internet community, it included this statement as a matter of fact:

“Let us be clear—online piracy is a real problem that harms the American economy, threatens jobs for significant numbers of middle class workers and hurts some of our nation’s most creative and innovative companies and entrepreneurs. It harms everyone from struggling artists to production crews, and from startup social media companies to large movie studios.”

I would like to see some evidence for the claim that piracy costs a significant number of jobs. Based on the economics of digital goods, the intransigence of Hollywood executives presents a greater threat to American jobs than piracy.

To be clear, I am not advocating for piracy. I believe that content creators should be paid for their work. My entire career has been about creating intellectual property. I’m in the process of writing a screenplay and I’d like to be paid for it. But I also believe that we shouldn’t take claims like “piracy costs jobs” at face value when the economics suggest that it might not be true.

A quick primer on the economics of digital content: movies and TV shows are, for all practical purposes, non-rival goods. One person having a movie doesn’t diminish the satisfaction of another person having it. There is no meaningful incremental cost of production and distribution. There is also high price elasticity — as the price goes to zero, demand increases substantially.

A simplistic approach to calculating the economic harm from piracy would be to multiply the retail price of content by the volume of content downloaded. This is the kind of idiocy that Hollywood uses when calculating economic harm. But it results in a grossly inflated number because not all piracy is the same.

Let’s take a look at some of the types of piracy:

Of these four types of piracy, only the first one causes economic harm to the distributors and producers of content. That is the scenario where they lose money that they otherwise would have received.

Hollywood could mitigate the losses on this type of piracy by making content more easily accessible online. We’ve seen that if Hollywood provides easier access to content, a lot of people will choose that alternative. Hulu is perhaps the best example of this. Instead of having to wait in the mail for a DVD of Psych, I can watch it online, legally.

Piracy has costs. Besides being illegal, the user interface is terrible and you make your computer susceptible to viruses and spyware. Hulu made watching content legally easier than pirating it. The company created a great interface, has quality content and has become the leading destination for premium video content in the United States. Even their subscription service has become a reasonable success, with more than 1.5 million subscribers. Hulu’s business grew 60% last year to almost $420 million in revenue, according to a blog post by CEO Jason Kilar.

In the other three cases, piracy itself isn’t costing Hollywood any money — that’s money executives are leaving on the table because they refuse to adapt to 21st century markets and distribution methods.

Much of the piracy that exists in developing countries is by people who can’t afford to pay the rates that distributors have set. When I lived in Malaysia, one of the music labels I talked to had set the price of MP3 downloads at roughly the same as the U.S. price — $1 per song. This is in a country where an iPhone is one month’s salary.

In the SOPA debate, they argue that sites are making money off ads that point people to pirated content. But if the studios and record labels stepped in and provided a legitimate alternative, they would make even more money.  The music label could offer a legal model that worked for Malays and the label: an ad-supported music service, where consumption was encouraged instead of discouraged. Because they didn’t offer that, people resorted to piracy.

Take a show like Real Time with Bill Maher on HBO. It’s a great show and I would love to watch it. But as it’s currently sold, I have to sign up for cable or satellite (at a cost of $30-$60 a month) and then HBO (another $15-$20 a month). I’m not willing to do that. I would be happy to pay $2 to $3 an episode. But they won’t sell it to me that way. That’s $8 to $12 a month in lost revenue. Because the incremental cost of distribution is almost zero, this would be nearly all profit. There are plenty of substitute goods. Instead of watching Real Time, I’ll read a book or watch something else. This is also an interesting case because Real Time is a time-sensitive show. There’s practically no economic value the week after it airs. (Unlike, say, an episode of the Sopranos.)

The fourth bucket is another type I ran into in Malaysia. I wanted my dose of American TV (Malaysian TV is awful), but I couldn’t access Hulu. I was willing to pay $200 a year for access, but Hollywood didn’t want to take my money. I could have used a third-party proxy server (and paid them) to make it look like I was accessing Hulu from the United States. Or I could have resorted to BitTorrent. This was another lost opportunity for Hollywood to increase their revenue.

In every scenario I can think of, Hollywood executives are leaving money on the table and then blaming piracy for its woes. Instead of innovating to meet the needs of the market, it is choosing to legislate to try to protect decades-old business models that won’t survive changing consumer behavior.