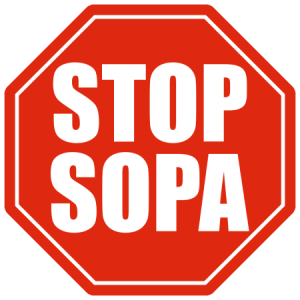 The U.S. House of Representatives Judiciary Committee in charge of the controversial Stop Online Privacy Act decided to delay sending the piece of legislation to the House floor for an official vote today. No new vote date was set prior to Congress adjourning. [Update: Late Friday, A new hearing was scheduled for Wednesday, December 21.]

The bill gives both the U.S. government and copyright holders the authority to seek court orders against websites associated with infringing, pirating and/or counterfeiting intellectual property. The implication of having the bill pass is that it could drastically change the way the Internet operates. For example, if a website is accused of containing copyright-infringing content such as a song or a picture, the site could be blocked by ISPs, de-indexed from search engines and even prevented from doing business with companies like PayPal.

One reason for the SOPA vote delay has to do with disagreement over a provision allowing the Attorney General to order changes the Internet’s infrastructure to thwart copyright infringement. Rep. Lamar Smith, who introduced SOPA in October and chairman of the committee, said he was open to further exploration of the provision. He added that the committee would resume discussions when Congress is back in session weeks from now.

Rep. Jason Chaffetz moved to delay a vote until technical experts could be brought in. The committee seeks further information regarding security risks associated with altering the Internet’s domain-naming system.

Despite several business leaders and tech entrepreneurs speaking out against SOPA as well as similar legislation like the Protect IP Act (PIPA), there wasn’t much protest within the committee regarding the negative effects SOPA would have on Internet business and innovation.