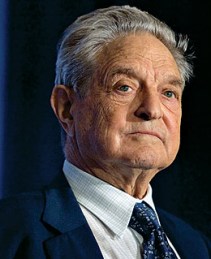 George Soros, famed currency speculator and Democratic party-backer, announced during a speech (aptly in Denmark, where Copenhagen will host the largest climate summit in years in December) that he will be sinking $1 billion into the development of clean energy development. On top of that, he will contribute $100 million ($10 million every year for the next decade), to support a new foundation creating relevant policies called the Climate Policy Initiative.

No further details were given on the types of technologies or companies the $1 billion will help finance. Soros said only that contenders will go through a rigorous evaluation process to make sure they are feasible and able to scale. But his earlier investments in the sector may be indicative of his current interests. For example, he has funded several clean coal companies, including carbon sequestration provider Powerspan. He has yet to express much interest in solar or wind — suggesting that he will focus more on strategies to clean up and improve the efficiency of fossil fuels.

“There is no magic bullet for climate change, but there is a lethal bullet: coal,” he said. “I will look for profitable opportunities, but I will also insist that the investments make a real contribution to solving the problem of climate change.”

Soros said former vice president Al Gore influenced him to take a closer look at cleantech. And he must have been pretty convincing. Soros’ Climate Policy Initiative will launch next month in Berlin. Half watchdog, half lobbying firm, its mission will be to “protect the public interest against special interests” when it comes to energy legislation. Based in San Francisco, it’ll be headed up by Stanford professor Thomas Heller — perhaps taking advantage of the proximity of Silicon Valley as it rebrands itself as a cleantech hotspot.

Also notable, the billionaire used his speech in Denmark to advocate for carbon taxes — extra charges on top of gasoline purchases and other major sources of carbon emissions. This is a pivotal position for a man who made his fortune through currency speculation. He said he opposes carbon tap-and-trade systems because it will give investors and other big money men too much sway over carbon markets — something that could adversely impact too many people.

Back in June, he told reporters, “Neither energy security nor the control of global warming can be achieved without putting a price on carbon emissions. The United States cannot do it alone, but it cannot be done without the United States taking the lead.”

Soros’ involvement could be a major victor for the clean energy space. But, as BusinessWeek points out, this isn’t the first time investor royalty has made this kind of promise without delivering. It cites Texas oil magnate T. Boone Pickens’ plan to pour millions into wind energy in particular, which never came to fruition. This doesn’t mean it will never happen, however.

Setting out to give $1 billion is no small matter in the cleantech world. So far this year, only $4 billion in venture funding has been invested in the entire green technology space. Months ago, Soros argued that investing in green could be the tipping point in turning the American economy around — it looks like he finally found his opening.