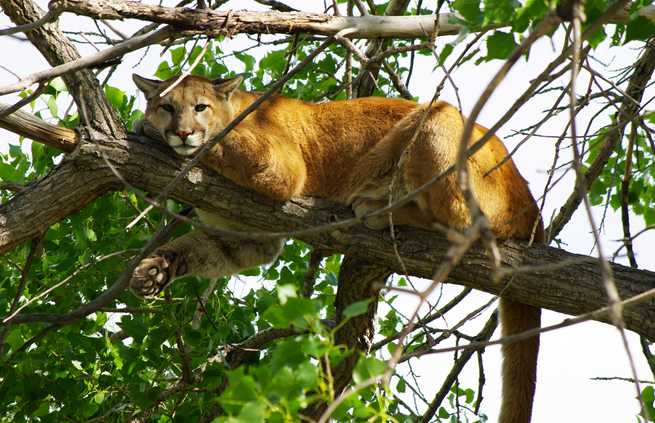 This morning Apple released it’s latest update to OS X, 10.8 Mountain Lion, along with a form for new Mac purchasers who were promised the upgraded operating system for free with their purchase. The form, which you can fill out here, is broken and is currently not allowing users to submit tickets for the free download. Update – read the update below for the fix. 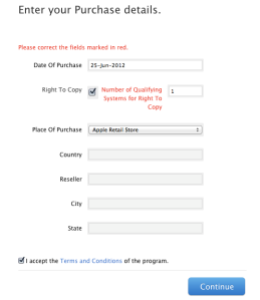 I called up Apple technical support to see what the issue was regarding the MacBook Air I received for testing (see our MacBook Air review here), and they found an identical issue regarding the form’s “Number of Qualifying Systems for Right to Copy” selection. As you can see in the image to the right (click to enlarge), the web page won’t allow users to continue filling out the form past that step.

The technical support representative found the same problem on multiple machines in their service center, saying, “I can’t load it on my computer, my co-worker’s computer, or my manager’s computer.” His official statement regarding the issue is that it is likely from the overload of users attempting to download Mountain Lion, but that doesn’t make sense since Apple’s website is an entirely different system from the App Store, where users actually download the upgrade.

At the same time, I was told that a support ticket was submitted, which adds further credibility to the claim that something else may be causing the error.

I’ve reached out to Apple for a comment, and will continue reporting until the form is fixed and users can properly install OS X Mountain Lion on their new machines. To try it yourself, click here for a direct link (US only) or go to Apple.com, scroll down to the “OS X Mountain Lion is here” link, scroll down again to “Get a free upgrade with your new Mac,” then choose between the two purchase date periods.

As our astute commenters pointed out, the “Number of Qualifying Systems for Right to Copy” selection is only for Enterprise, Education, or Government users. To properly confirm your free upgrade, do not select that option (Right to Copy) and simply continue on after checking the “I accept the terms and conditions…” at the bottom. That will move you forward to the personal information and system data for the upgrade. After completing the process, you’ll receive a confirmation code, though email confirmations aren’t being sent out immediately.

This means that individuals will be able to get a confirmation of update, likely within the next 24 hours. Enterprise, education, and government users can’t upgrade because of this problem as of yet. It’s also strange that Apple would have such poor documentation on the update form; not only did this writer miss it, but so did Apple’s own technical support. I expect plenty of users to make that mistake as well, so the article above will remain unchanged. Updates for enterprise users will appear below.