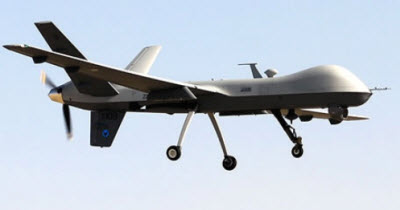 The cockpit controls for U.S. Predator and Reaper military drones have been hacked by a computer virus. But don’t worry about hijacked drones raining from the skies — there are no reports of classified information being lost or leaked, and pilots still have control over the remote aircraft.

This infection does show that even the military’s most valuable weapons systems are vulnerable to virus attacks. The virus was first detected two weeks ago by the U.S. military’s Host-Based Security System, according to Wired.com. It logs pilots’ keystrokes as they fly Predator and Reaper drone missions in Afghanistan and other regions.

The virus hasn’t prevented pilots at Creech Air Force Base in Nevada from controlling their drones on overseas missions. However, Wired says the virus has been resistant to removal attempts.

The virus has a typical “keylogger” payload, where it records everything typed into a computer. It’s not clear yet if the keylogger made its way to the computers through a typical infection or if it was specifically created to target the drone computer control system.

Drones are often used to spy on and attach targets in distant lands without putting a human soldier at risk. Central Intelligence Agency-directed drones have hit targets in Pakistan more than 230 times, killing more than 2,000 suspected militants as well as civilians, according to the Washington Post.

The drones have known security flaws, and they don’t encrypt videos that they send back to operators or troops on the ground. The virus is believed to have spread through removable hard drives. The U.S. Air Force declined to comment on the matter.