It’s estimated that there are 1.6 million apps in the Google Play store and 1.5 million in Apple’s app store. And while they all vary by service, many of them share common libraries and code. But what if one of these common elements had a problem and needed to be tweaked — is there any way for developers to find out and make sure their apps are up-to-date?

SourceDNA is on the case, acting as the code watchdog for both app developers and the code progenitor, the platform. The company is announcing the launch of its latest product, called Searchlight, which helps developers analyze their app’s code and find security and quality issues that can be fixed. 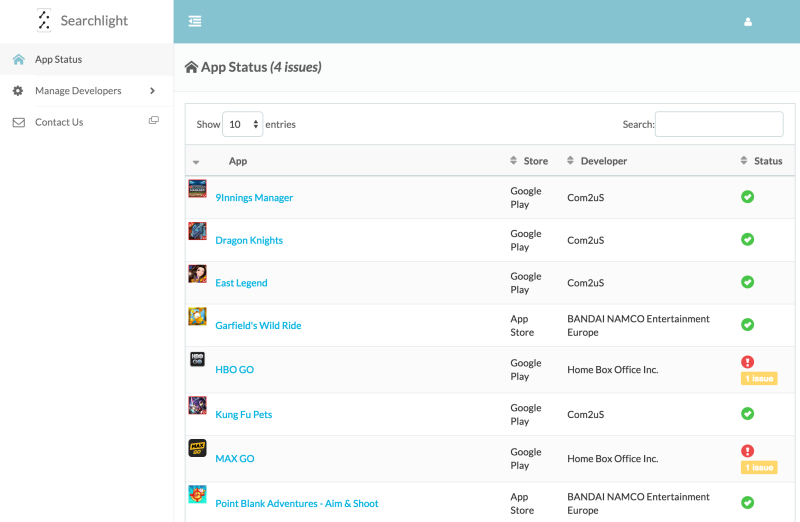 Available in both free and paid versions, Searchlight gives developers a better look into what could potentially go wrong with their app.

SourceDNA chief executive Nate Lawson cited an example of Searchlight’s potential: when Google replaced OpenSSL in Android M, there was a private API in use that wasn’t intended for use by apps. Apps using this API ran the risk of eventually crashing as a result. Lawson provided VentureBeat with a partial list of apps that are affected: UC Browser (over 100 million installs), Waze (at least 50 million installs), HBO Go (more than 5 million installs), and Modern War (more than 10 million installs). More than 3,000 people signed up for Searchlight after the company published details about this issue.

The point here is that Searchlight allows developers to proactively improve their apps without worrying about problems that may crop up in the future, freeing them to concentrate on providing the best user experience possible.

With the free version, developers can set up a maximum of five store accounts from either Apple, Google Play, Baidu, Tencent, and/or Zhushou 360. They’ll receive a unified view of all their apps that are already published in the marketplace and will receive updates if any issues are discovered. 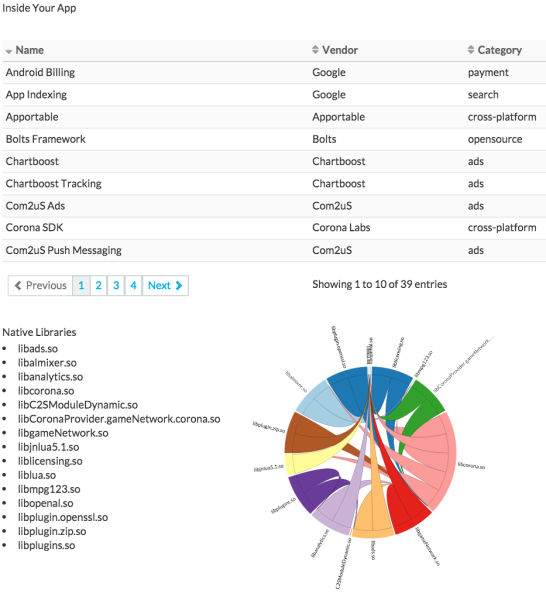 However, through the paid version of Searchlight, developers will get more support, earlier notification of code issues, the option to add more app store accounts, better management features, and the ability to not only inspect apps that have already been published, but to also submit unpublished apps in secret to ensure that there aren’t any problems. What’s more, paid users can prevent other users from inspecting their apps’ code.

How much will developers have to pay for all of the aforementioned? Lawson wouldn’t disclose the amount, but he did say that there are more than 3,000 developers using Searchlight today.

Looking out for developers more than app stores

“People think about the most obvious ways to solve problems. With developers, it’s solving a problem when they’re writing the code,” said Lawson. “Most people don’t think about reviewing their work after the code has been written. You have to do a lot of detective work.”

What Lawson is referring to is that developers aren’t always looking deep into their code to find out what’s broken and needs to be fixed. Often it might just be a referral to a code library and if something is broken, it can be difficult to find out which customers are affected by the bad code.

This is something SourceDNA wants to showcase — its ability to give developers the tools to build better apps than are currently out in the marketplace. Lawson explained that the company is already scanning through 60,000 apps a day, but is still playing catch-up. However, the service is something existing marketplaces don’t provide: When you submit an app to Apple or Google, the reviewers are going to make sure that the app doesn’t violate any of its standards. They won’t examine the code to see if there are any potential problems in the code itself. SourceDNA takes things one step further.

Originally geared as a business intelligence service (think Nielsen for apps), SourceDNA has moved beyond telling companies about app trends to helping developers figure out what’s wrong with their apps.

Lawson and his team have spent more than three years working on SourceDNA and seem to have found success with its BI unit. Today, it’s also targeting developers as a new audience, so now the company is addressing both sides of the ecosystem.

Although backed by Y Combinator, SourceDNA is largely bootstrapped thanks to profits gleaned from its BI work.