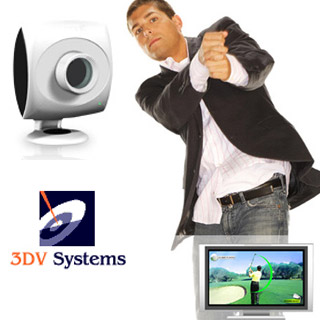 A report surfaced last week that Microsoft was buying 3DV Systems, a company that makes motion-detection technology, for $35 million. My sources confirm that this is true.

Microsoft and 3DV declined to comment to me last week.

Motion-detection will be big for the future direction of Microsoft, as it reacts to the Nintendo Wii, which revolutionized the game console industry with its motion detection technology.

As I’ve mentioned, buying 3DV would be the opening gambit in a next-generation user interface battle. It has bearing on the future video game console war, but also likely involve the future of gesture controls for the PC and TV.

The purchase price was very small, thanks to the weak economy and the long gestation that this technology is going through. 3DV has raised $38.5 million. 3DV’s investors include Elron, a member of Nochi Dankner’s IDB group, Pitango, Kleiner Perkins Caufield & Byers, and RDC Rafael Development Corp.

But 3DV’s cameras could also be used to control a computer or serve as a remote control for a TV. 3DV is just one of a bunch of companies in this area. Other 3-D depth camera makers include Canesta and PrimeSense. Softkinetic is making software to make the technology more usable, and GestureTek has a bunch of non-gaming gesture-based technologies on the market. Sixense is making another kind of gesture-control interface using magnetic fields.

The Wii is the No. 1 game console, even though its graphics aren’t as good as the Xbox 360’s or the Sony PlayStation 3’s.

Check out our GamesBeat 09 game conference on March 24.