Spaces is opening the doors to its first virtual reality entertainment center in Orange County, California today with its Terminator: Salvation-themed VR experience.

Spaces is adding more sensors to a typical VR headset, which helps players at the location-based entertainment centers feel more immersed in the experience. And it has physical features like ramps and motion platforms that shake and add to the realism.

The first attraction is dubbed Terminator Salvation: Fight for the Future, and it is going into the Irvine Spectrum Center in Orange County, California, one of Southern California’s most popular entertainment destinations, with 17 million annual visitors. 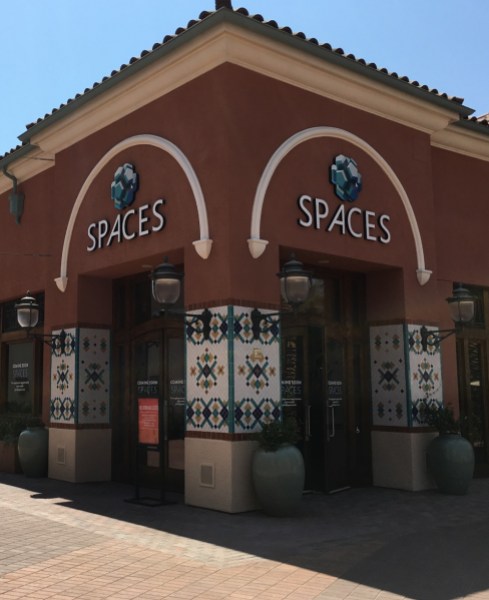 Terminator Salvation: Fight for the Future features up to four-player co-op play, and it was built by the Spaces team, which is based in a former DreamWorks Animation studio in Los Angeles. The team, headed by Shiraz Akmal, spun out of DreamWorks to focus on VR.

“Our amazingly fun, social Spaces attractions are built to be shared,” said Brad Herman, Spaces chief technology officer, in a statement. “We’re kicking off our first Spaces Center with a prominent franchise that is recognized and loved around the world, we make it easy for guests to share their Spaces experience the moment they take off their headset and that social-friendly mentality is built into every one of our Spaces attractions.”

Akmal said that Spaces will open locations around the world in partnership with premier location entertainment companies. The company’s tagline is “go anywhere, do anything,” and it plans to launch other kinds of experiences in places like China.

“We designed our VR backpacks precisely to enable visionary, driven teams to create
groundbreaking social experiences,” explains Joanna Popper, head of location-based VR entertainment for HP, in a statement. “Spaces attractions are a natural fit to showcase the unique adventures you can experience when you’re not tethered to a desktop PC or a television. Spaces location-based XR attractions give people the ability to experience a game or movie from the inside. It’s not storytelling, it’s story-living.”