SpaceX’s Falcon 9 came back to Earth after a successful launch today, landing in the ocean within 10 meters of its actual target. And though it didn’t make the platform as originally intended, the company thinks that absent rough weather, the rocket have worked as planned.

Later, Musk posted a photo of the booster coming down, “landing on a stormy sea.”

The rocket launched from Cape Canaveral Air Force Station in Florida at 3:03 p.m. Pacific this afternoon, ferrying a DSCOVR satellite to the Deep Space Climate Observatory for the National Oceanic and Atmospheric Administration. The satellite is expected to collect data on the Earth’s atmosphere, as well as other climate-related information.

But while many people were excited at the general idea of a space launch, much of the anticipation had to do with SpaceX’s attempt to land the Falcon 9 on a sea-based platform. The private space company’s last attempt at such a landing, in January, didn’t go well, resulting in a spectacular crash and explosion, which was caught on video.

This time around, SpaceX tried to prepare the public for disappointment. Heavy weather had forced three delays of the launch, and the resulting big waves near the landing platform led the company to say ahead of time that it expected that it wouldn’t be able to recover the rocket.

“The drone ship was designed to operate in all but the most extreme weather,” SpaceX wrote on its website. “We are experiencing just such weather in the Atlantic with waves reaching up to three stories in height crashing over the decks. Also, only three of the drone ship’s four engines are functioning, making station-keeping in the face of such wave action extremely difficult. The rocket will still attempt a soft landing in the water through the storm, producing valuable landing data, but survival is highly unlikely.” 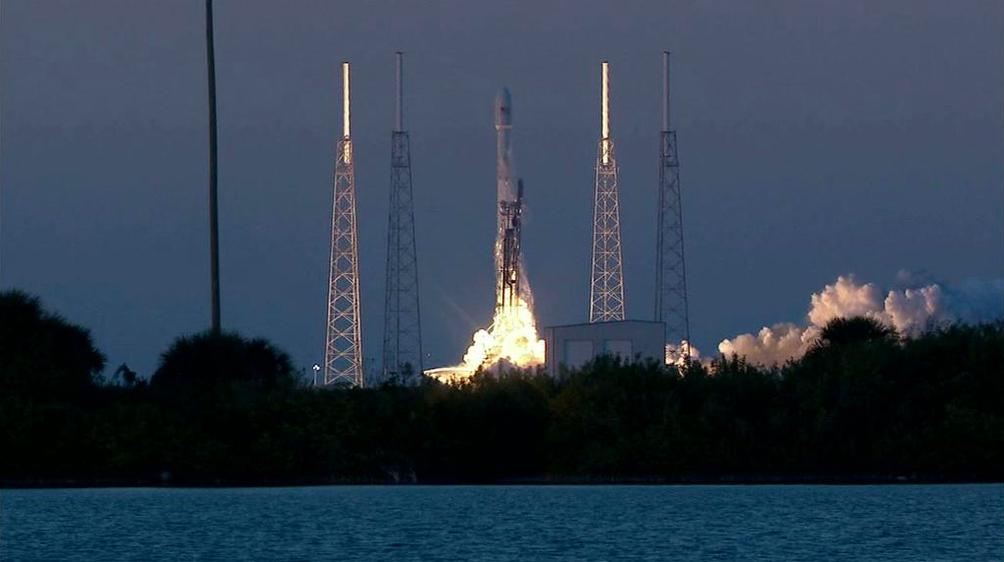 In the end, that pessimistic prediction proved correct. But Musk’s tweet suggested that if the weather had been good, we could have seen the booster land vertically on the seaborne platform — and be reusable in the future.

Now, we just have to wait for the next launch accompanied by calm seas to see if SpaceX can put it all together.