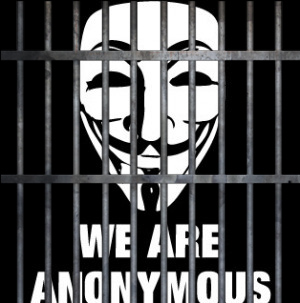 Spanish police on Friday said they have arrested three suspected members of the high-profile hacker group Anonymous. The group has been connected to cyber attacks against governments and corporations around the world, including the recent high-profile shut down of Sony’s PlayStation Network for nearly a month.

The arrests signal that authorities the world over are taking cyber attacks much more seriously. Just this week, the FBI said it would increase its focus on hackers and last week, the Pentagon said cyber attacks could be considered acts of war.

Spain said the arrests were made in three cities: Barcelona, Valencia, and Almeria. The first arrest targeted a 31-year-old man in Almeria some time after May 18. The police said they had also seized this man’s computer server, located in the northern city of Gijón, which was found to have executed cyber attacks.

Following this arrest, new hacker attacks targeted the websites of Spanish Parliament, the UGT trade union, and the Catalan regional police. The tracing of these attacks led to the arrest of two separate men in their early thirties in Barcelona and Valencia. The Spanish police did not indicate when exactly the arrests occurred but said they were “recent.”

Anonymous is a loose collective of hackers that was formed in 2008 and has individual cells all over the world. It has attracted notoriety during the past several years with its attacks. A few weeks ago it said it planned to attack the U.S. Chamber of Commerce. Other targets have included Visa, MasterCard, Amazon, PayPal, and Bank of America.

Sony blamed Anonymous in the case of the major PlayStation Network breach, in which the network was shut down and many customers’ data stolen. Anonymous denied involvement but said it was possible that individual members could have taken action on their own.