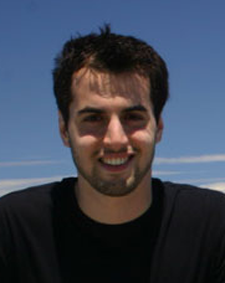 Joe Hewitt, the one-man powerhouse behind Facebook’s iPhone app, explained more of the reasoning behind his decision to leave the project earlier this week. He stopped developing Facebook’s popular app out of frustration with Apple’s review process.

The issue (as it has been for a long time) is Apple’s draconian selection process and the resulting bottleneck for new apps on the platform. He argued that the last decade on the web has been about weakening the power of gatekeepers and erasing barriers to participation, not erecting them.

In designing for the iPhone, he felt he’s helped support this system, instead of working to dismantle it. Hewitt joined Facebook when it acquired Parakey in 2007, which was mainly a talent acquisition.

What I do want to fight for is the viability of the mobile web. Developers are rushing to create native apps, meanwhile letting their mobile web apps atrophy (I have certainly been guilty of that myself). Web technology is still relatively weak, and improving slowly. At this pace, what will the mobile web look like in 10 years? Will we wake up and find that the next generation of great software companies have incredibly powerful native apps, but mobile websites that are little more than “About” pages?

In short, the mobile web needs better tools, better standards, and better browsers, and it needs them fast, before the only technologies that matter are the ones controlled by the gatekeepers.