Just days after payments company Square finally filed for IPO, the company has reportedly hired Yahoo’s chief development officer, Jacqueline Reses, in a boost to its executive team—headed by founder Jack Dorsey, who was confirmed earlier this month as the new chief executive of Twitter, the other company he cofounded.

If the report by Bloomberg is true, it could help investor confidence in Square ahead of its IPO. Dorsey’s dual-CEO role at Square and Twitter is seen as a potential risk factor, with many still uncertain how he will manage to juggle commitments at two Silicon Valley tech behemoths simultaneously. 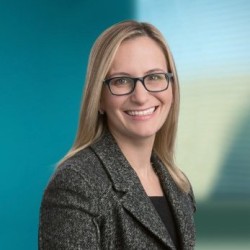 Reses’ exit from Yahoo would indeed be a blow to the company, which has also lost other top execs recently to companies like Google and Facebook. Reses, who was previously at Apax Partners and Goldman Sachs, played a crucial role in Yahoo’s $27 billion spin-off of its stake in China’s ecommerce leader Alibaba.

We’ve reached out to Square and Yahoo for comment, and will update you if we hear back.