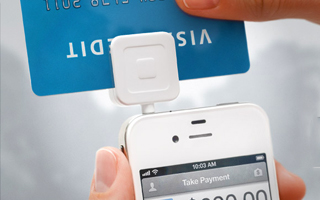 That is to say, Wal-Mart won’t be using Square devices itself, but it will be selling them.

Square said it is signing up lots of new merchants these days — between 30,000 and 50,000 new merchants each month — and we’re sure having its mobile hardware available at such a ubiquitous retailer will only drive up the number of signups as well as the correlated dollar amounts for payments processed and processing fees collected.

The company revealed to BusinessWeek today that its smartphone hardware for reading credit cards would soon be available in Wal-Mart stores around the United States.

Between NFC (that’s near-field communication) technologies like Google Wallet and a number of other mobile payment hardware solutions, Square is facing stiff competition.

As of last month’s funding announcement, Square processes almost $4 million in mobile credit card payments every day. The startup expects that figure to exceed $1 billion by the end of 2011. The company is reportedly valued at around $1 billion.