The sci-fi universe of Star Citizen hasn’t launched yet, which is nothing new. But it has a playable Windows PC version for dedicated fans, and Cloud Imperium Games is launching its quarterly update today, dubbed Alpha 3.3.5.

Star Citizen is one of the most ambitious online games ever attempted. It’s the latest game universe from Wing Commander creator Chris Roberts, who has raised $194 million to date through crowdfunding.

[Updated: Star Citizen Alpha 3.3 launches today to PTU – terminology that essentially means “backers can play it,” but it’s different than being live. PTU went out to our first wave of backers (including all CitizenCon attendees and tens of thousands of players who weren’t able to attend) and will be rolled out widely throughout the week. To be clear, backers here at CitizenCon were playing 3.3 at the event and experiencing many of the features described including FoIP, our new flyable ships and more.]

This new patch is coming just in time for the company’s CitizenCon 2948 event (you can watch it here on October 10) in Austin, Texas, where fans will be able to play the Alpha version in person. This batch has something called Object Container Streaming (OCS), which is a piece of technology that has been in the works for four years, said Eric Kieron Davis, studio director and production lead at Cloud Imperium Games, in an interview with GamesBeat.

OCS improves the frames per second, allowing for a faster graphical experience for players. It takes advantage of the available central processing unit (CPU) power. Roberts said in the embedded video that some players will see frame rates in the triple digits. 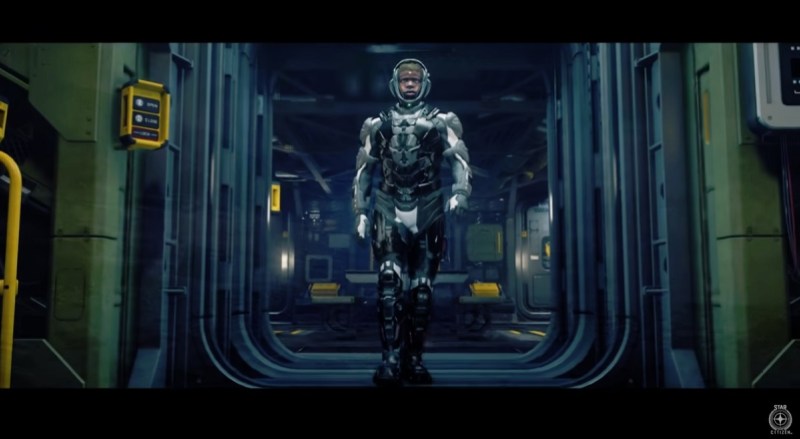 “With Object Container Streaming, no one can do what we do on this scale,” Davis said. “We stream the content as you need it. That’s a lot more complicated because we do this in a multiplayer environment, where we don’t know exactly where you are going to go next. OCS lets us achieve fluidity of movement. And it will help us scale the universe faster.”

The patch also features the new planet, Hurston and its major city, Lorville. The planet will cover more than 3.1 million square kilometers of space. To traverse that with no loading screens requires a technology like OCS, Davis said.

And the patch adds face and voice over internet protocol, allowing players to connect their webcams to control their in-game character’s facial expressions with their own. The tech was enabled through a partnership with Faceware. 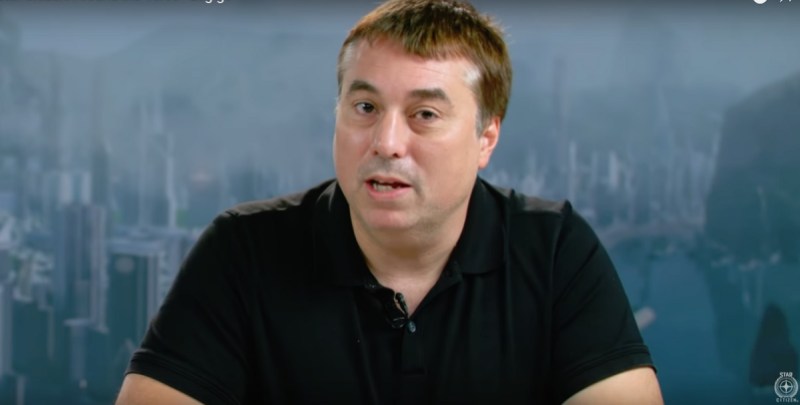 Above: Chris Roberts is CEO of Cloud Imperium Games.

“It adds a new layer of immersion,” Davis said.

It also populates the Star Citizen Universe with artificial intelligence-controlled enemies in the Stanton System, which has thousands of playable square kilometers. Players can fight AI-controlled enemies across moons, an all-new truck stop and space stations, and engage in dogfighting with new and improved AI ships.

The update also adds 10 new and reworked vehicles, bringing the total number of spaceships to 70 and the number of weapons and other items above 300. Finally, the game also added new “Scramble Race” missions that pit players against each other in races across Star Citizen’s massive moons.

The previous 3.2 patch added mining, enabling a key part of the game’s economy.

Star Citizen is a first-person experience where players fly spaceships and engage in first person shooter and vehicle battles in huge space and land environments in a sandbox galaxy.

Cloud Imperium Games and its affiliate Roberts Space Industries were founded in April 2012 by Roberts (Wing Commander, Freelancer, Privateer), Sandi Gardiner, and Ortwin Freyermuth, with Erin Roberts (Starlancer, Privateer) joining the team in 2013. The company has five studios in Los Angeles, Austin, Manchester, Derby, and Frankfurt. The CitizenCon event is expected to draw over 2,000 people.

As to how the company has raised so much money, Davis said, “We have an engaged community supporting every effort that we make. They want to keep supporting us and get something shipped.”

Davis declined to say when the game will ship.