Lucasfilm and Electronic Arts’ Respawn Entertainment unveiled Star Wars: Jedi Fallen Order, a new video game where you get to play a Jedi, will be coming out on November 15.

It’s a single-player story-based game coming this fall from Respawn, with no microtransactions and no loot boxes, said Vince Zampella, CEO of Respawn, onstage at the reveal panel at Disney’s Star Wars Celebration in Chicago moments ago.

It’s going to be the second major launch this year from Respawn, which released the free-to-play battle royale game Apex Legends in February. That game got more than 50 million downloads in its first month. Zampella said he had the “honor” of helping to create some of the best-known video games — Medal of Honor, Call of Duty, Titanfall, Apex Legends — and now he is equally proud to be making Star Wars: Jedi Fallen Order. It looks like it’s going to be a deep game that the old LucasArts fans in everyone will appreciate.

Zampella said it will be a melee action game, where you wield a lightsaber and wield Force powers. That’s where the pitch for the game started. The game is set after the events of Star Wars: Revenge of the Sith.

“This is about being a Jedi,” Zampella said.

The villain is Second Sister Inquisitor. A new Jedi hero, a Padawan named Cal Kestis (played by Cameron Monaghan), survived Order 66, or the Emperor’s order to exterminate the Jedi. He’s hiding in plain sight, in the hopes of keeping the Jedi order alive. Players will meet Cal on Bracca, a brand-new Star Wars planet and one of several new locations introduced in the game.

Meanwhile, he’s being hunted by the Empire as it reaches its peak. Cal, accompanied by his faithful droid BD-1, has to decide when to use his Jedi powers, as doing so will expose him to the hunters like the Inquisitors. He is part of the Scrapper Guild and works on tearing apart a derelict starship. The game will introduce a lot of new planets and characters. The gameplay will be about “thoughtful combat,” where you size up your enemies and use the powers that you have to defeat them. The trailer shows the game running in the engine with real game assets. 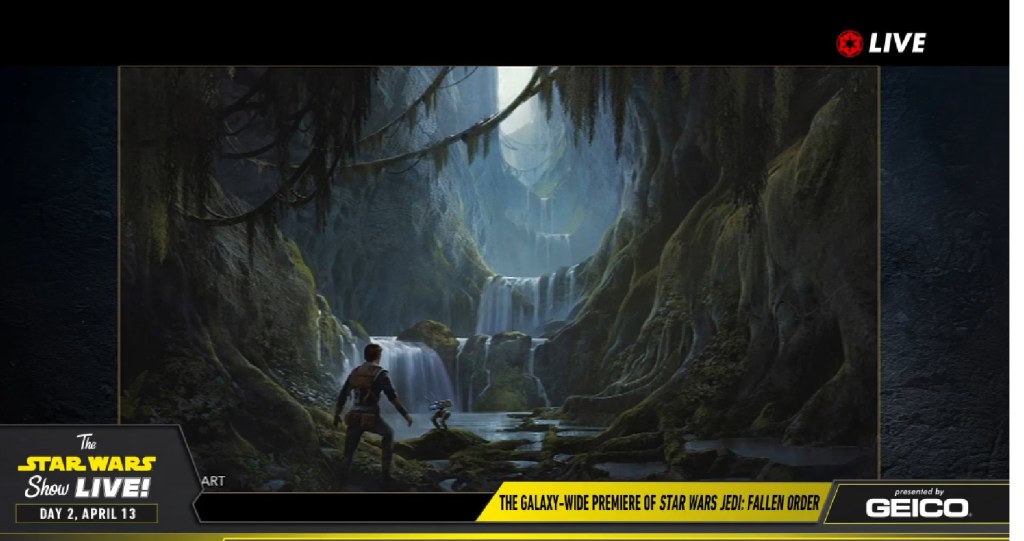 Above: A new planet in Star Wars: Jedi Fallen Order.

“I started getting choked up, watching everybody’s reaction to the trailer,” said Steve Blank, director of Franchise Content & Strategy, Lucasfilm Story Group, on the panel. “It’s an absolute labor of love.”

We haven’t seen any gameplay yet, but maybe we’ll get some wall-running at some point? Regarding gameplay, Zampella said, “Now we know the Star Wars audience is huge. You want these Star Wars gamers to play, so we made sure that the combat something that’s easy to pick up, but also if you put the time in it, you can master it. So for us, it’s important that we strike that right balance.”

For Respawn, this is a huge opportunity to become even better known as a game studio. With this great power is going to come great responsibility. Apex Legends has become a beast that Respawn has to feed, as players are demanding new content and Respawn is working on it. But Star Wars fans are an order of magnitude more demanding, and Respawn has to make sure it gets everything right.

Above: The makers of Star Wars: Jedi Fallen Order onstage at Disney Celebration.

Apex Legends was the first title that Respawn is releasing since EA bought the Los Angeles studio for $455 million in 2017. It came out just before EA BioWare’s Anthem shipped. And when Anthem fell short of what fans wanted, attention shifted to Apex Legends as a kind of savior for EA.

Likewise, Jedi Fallen Order could be viewed as EA’s chance to redeem itself, after the last major Star Wars game, 2017’s Star Wars: Battlefront II, got roundly criticized for its use of pay-to-win microtransactions. The bad reaction to the game also strained relations between Disney and EA, and this game is the chance to set that relationship right as well.

For EA, this is goodness. It shows the company can have misfires with BioWare on Anthem and DICE on Battlefield V, but still have a studio that can produce games that will keep it at the center of the gaming universe for many fans. 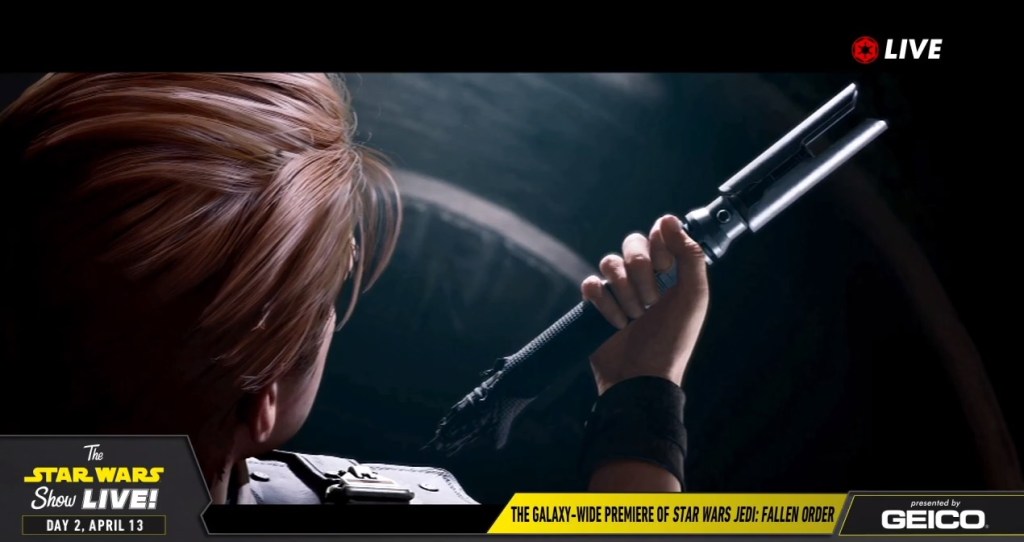 We’ve got a lot of questions and we’re listening to the live event. But we’ll also be keen to hear what Zampella has to say as a speaker at our GamesBeat Summit 2019 event on April 23-24 in Los Angeles. The game will be out on Xbox One, PC via Origin, and the PlayStation 4.

“Here we are, this is real, and it doesn’t get any bigger than this,” said Stig Asmussen, a former Sony developer who joined Respawn as game director to work on the Star Wars game. 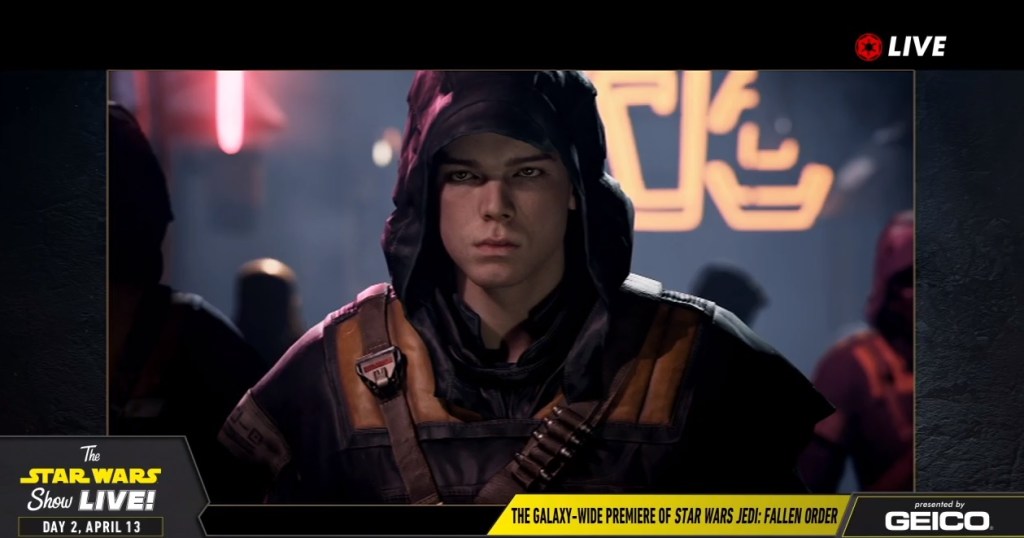 Above: Cal is the hero of Star Wars: Jedi Fallen Order.

Zampella said, “It takes a village to raise a Jedi. Everyone at the studio is a huge fan of Star Wars. I’m honored to be part of the team.”