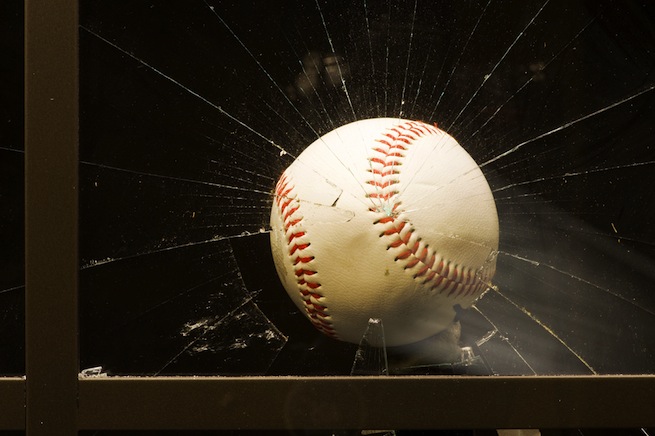 A Moneyball-style revolution is taking place in venture capital.

Just as the renegade general manager of the Oakland A’s flouted assumptions about baseball and replaced gut feelings and outdated statistics with more effective quantitative analysis, a new breed of venture capital firms are throwing out their Magic 8-balls and are using computer-based models to make smarter investments.

Venture capitalists keep making mistakes, but the algorithm is getting smarter. We want to establish ourselves in Silicon Valley with a different business model. Who else does this?

“The bottom line is that the game has changed … and there is a lot of digital exhaust out there,” said Chris Farmer, a partner at General Catalyst, which is considered one of the more progressive of the older VC firms.

Before it pours thousands of dollars into researching a potential investment (work typically performed by a well-paid associate), a small cadre of venture firms are using analytics tools to pull in megabytes of relevant data, whether it’s a game’s performance in the various mobile app stores or conversations about a new e-commerce site on Facebook and Twitter.

If algorithms can predict the results of elections, why not the success or failure of a tech startup? Washington D.C. woke up to the power of data when numbers-cruncher Nate Silver proved critics wrong and delivered a gut punch to traditional punditry by accurately predicting the outcome of the presidential election.

In Silicon Valley, new firms are going a step further by creating an entire investment thesis around data. “Algorithms will be the heart and soul of due diligence — it’s not just a sanity-check mechanism,” said Matt Oguz, the managing partner of new investment firm Palo Alto Venture Science. “It’s the only way to cut through human bias.”

Oguz is taking a cue from Wall Street, which has been using algorithms for years to track the rise and fall of stock, and the macro-shifts in the financial markets. According to him, it’s only a matter of time before this algorithmic approach seeps into the private investment market like osmosis.

He is one of a growing number of investors developing algorithms. Some are vocal about their research, while others are keeping it quiet to prevent competing firms from following suit.

This next generation of venture capitalists are fixated on a billion-dollar question: Can an algorithm predict whether a tech startup will succeed or fail?

Venture capital is a numbers game

I recently received an invitation to meet a partner of a leading venture capital firms at a San Francisco coffee shop. The investor popped open his laptop to reveal a snippet of a “stealth” project he’s been working on for years.

At face value, it did not appear to me much more than a series of nondescript charts and graphs. However, he explained that this is the nascent research behind an algorithm that can take much of the guesswork out of venture capital.

In response to my befuddled gaze, he traced his finger over a graph that charts the rapid ascent of Facebook. At a certain point (marked in red on the graph), the algorithm triggers an alert: Facebook has become its own market. At that point, it is wise to invest in a company that would make money by piggy-backing off the social network, like Buddy Media. This is the most basic approximation of how the data might work to his advantage — but it illustrates the point.

This investor requested to remain anonymous. He is in no rush to pass on his research to competing firms with budget to throw at the problem.