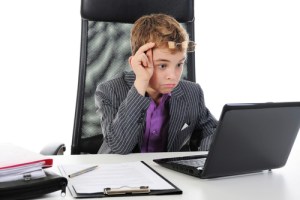 Here’s a secret: I don’t really know how to do my job. I might be more embarrassed to admit this except for the fact that I think it’s completely normal, especially in the startup world.

Did Mark Zuckerburg know how to be a CEO when he first created Facebook? No, he learned on the job.

When I first became the managing editor of a city magazine in Hanoi, Vietnam, I had no idea what I was doing. I was a writer, yes, but my only experience as an editor had been at my high school yearbook. A friend, who had just taken a fancy job at an art gallery in Hanoi, assured me that I should pretend I knew what I was doing and soon enough I would actually understand my job.

And that’s exactly what I did. In the beginning I would fumble deadlines, and I felt more Dora the Explorer than Anna Wintour when I showed up to cocktail parties and sponsored events. But by the time I left the job a year later, I had grown into my Editrix stilettos and could juggle photographers, writers, print deadlines, and story ideas while standing on one high-heeled foot.

When I took my job at this startup, the founders knew that I had minimal high tech experience. But they also knew I had that that “learn how to learn” Ivy League undergraduate experience. (That’s another secret: All I learned in college was how to learn.) And they assured me that they would invest in me. Getting to be part of the startup ride, especially from so early on, would be more valuable than any amount of pay.

A startup veteran later told me I was a fool for believing the promise of being invested in. That’s apparently the line all startups use to justify paying smart people small amounts of money. But it’s been almost three months since I first started working at the startup, and I can confidently say that I’ve been invested in.

I’m not sure how I became the user researcher for the company, but that’s the bulk of what I do now. A few months ago I could not have defined usability or user experience and now it’s all I think about.

During my first weeks of work, the startup hired a graduate from the Stanford Graduate School of Business and Institute of Design to give me a two-week crash course on usability and design thinking.  We joke that I got my design school education but didn’t have to spend the time or money to go back to school. Those two weeks showed me that this company was serious about investing in me.

Now, as the resident user researcher, I’m basically my own manager. No one babysits me or looks over my shoulder to make sure I’m doing my job correctly. I’ve taken it upon myself to learn how to be a user research guru. I’ve scoured the Internet for blogs on the subject, ordered a bunch of UX books, sought out Skillshare classes, and tried to find a user researcher group to join.

At times I felt that I haven’t been managed enough — I would love for someone to show me how to use Excel more efficiently, to help me brainstorm usability test ideas, and just to give me some general feedback about the quality of my work.

All of my coworkers are incredibly busy with their own work, and making sure that I’m on task and feeling content isn’t quite their number one priority. But if I reach out to them and ask for feedback or help in certain areas, they are more than willing to take the time to work with me.

Now I’m in the process of hiring an intern to help me schedule user interviews, accompany me out in the field and transcribe notes. I realize that once I have an intern, I’ll have to manage him or her. Which means that I have to be organized and confident in my own work.

I’m told it’s this process of managing up that often forces us to really know what we’re doing and not just pretend anymore.

But it makes me wonder, if I’m learning on the job, who else is? Are we all just faking it until we make it?

Kid in suit image via Shutterstock