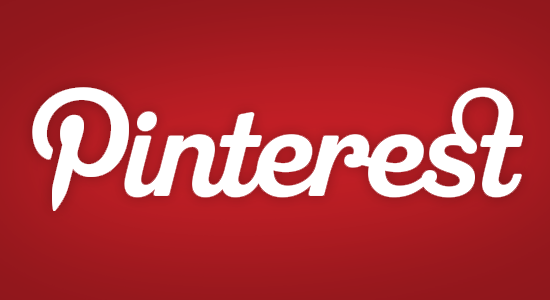 Editor’s note: This is the second in a series of VentureBeat columns by award-winning author and serial entrepreneur Penelope Trunk. She’s going to be our startup critic: She’ll review new companies, point out what they’re doing right, and give them advice (which she’s never shy about anyway) for how they can improve. This week she takes a look at Boxnutt.

There are a slew of great sites that tell you how to evaluate your idea for a startup: Is there a barrier to entry? Is there a hockey-stick revenue model? Are you solving a significant problem?

But one of the hardest things to figure out, when you are judging the quality of an idea, is the timing: Are you too early or too late?

As I announced in my last column, my job is to review early-stage startups for VentureBeat. I’m not always very nice about my advice. So really, it’s a miracle that Brandon Kruzeniski, founder of Boxnutt, was willing to talk with me. But I’ll get to that in a minute.

First I want to tell you that, as a serial entrepreneur, I have a serial problem with being too early. I am great at seeing trends before they are useful.

I was building businesses on the Internet when I had to explain to people what the Internet was. Math.com for example. I bought that domain. And then I paired it with research from Swarthmore College about how to teach math on the Internet. The research was funded by the National Science Foundation so I could just get all the software they developed for free. Great, right? Amazing domain and top-flight teaching software. I sold the company for peanuts. Which is a very common problem for people who are too early with an idea; someone else is going to execute it better than you are, at the right time.

Then I did it again with eCitydeals. Online government auctions: We were the number-one site for that. Not because we were great, but because we were too early. Want to know which city was selling more online than any other city in the country at that time? Newport News, Va. Really. So you can imagine that things were pretty slow for us.

My most recent company, Brazen Careerist, was the first social media recruiting site. Which means we were too early. Social media recruiting is a huge business, of course. But if you are first, you have to spend all your time educating people about what the business is and why they need it. That’s a lot of work. (Though fortunately I got paid $15,000 per speech to educate companies. That’s a great speaking fee, for sure, but giving speeches is not a scalable business.) 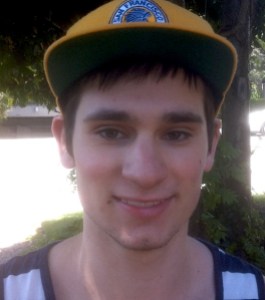 In the meantime, let’s look at Boxnutt. At first I thought it was a Pinterest clone because they used the name Pinterest in their pitch. But in fact, it’s more like Reddit. Kruzeniski won me over quickly on the phone when he told me that he loves Reddit but the interface stinks. He told me he’s been waiting for years for Reddit to add stuff he wants, like photos, and when Reddit didn’t do it, Kruzeniski made his own, new and improved version of Reddit.

First of all, in a nod to how much we all love Reddit, I want to point out that one of Reddit’s founders, Alexis Ohanian, published a book about doing a startup with Hyperink. And not only is Ohanian a great resource for entrepreneurship, but Hyperink is a great company to watch for the next clone wars. It helps bloggers turn their content into books, and this is about to be a massively crowded space because people are so sick of Amazon running publishing like it’s a monopoly.

The limitation of Ohanian, I think, is that he sold Reddit to Conde Nast, and ever since then, Reddit has stayed the same — it stopped evolving.

To give you an idea of how difficult it is to navigate Reddit, let me tell you about all the traffic Reddit sends to my personal blog: Tons. But here’s an example of what happens. I notice in Mint (my favorite analytics software — I’ve been using it for years) that I’m getting tons of traffic from Reddit to my post “What it’s like to have sex with someone who has Aspergers.” I click over to Reddit to see what people are saying, and it’s impossible to find the referring link. Then, when I spend way too much time finding the referring link, it’s impossible to follow the conversation threads because they jump from section to section.

Heavy Reddit users, beware of criticizing that last paragraph. Do not tell me I misunderstand how Reddit is organized. Because I think you’re probably right. And that’s my point. I am highly incentivized to know how it’s organized because they are talking about having sex with me, and I still can’t find the conversation. I don’t think there are a lot of people as non-technical as I am who are going to try harder than I did to try to figure out the interface.

Which makes me think Boxnutt is onto something. You could say Boxnutt is Pinterest for news. I prefer to say Boxnutt is Reddit for non-techies. And there is room in this world for a Reddit that is user-friendly, because surely the people who find Reddit’s user experience lacking will vote news items up and down that are different than the Reddit crowd.

And here’s another thing about clones. They should be cheap. You should flip a clone. For instance, Groupon had a big IPO, so when you do a Groupon for [insert your niche here] you are not going for an IPO — you’re going for a quickie exit in a niche market. Which means you should not take in a bunch of funding, because the more funding you take in, the bigger an exit you’re going to have to have. Kruzeniski is running Boxnutt out of his parents’ house. All startup founders should live in their parents’ house. Free food, laundry service, psychological counseling in a pinch: It’s like getting seed funding with great terms. Kruzeniski goes to school during the day and runs his site at night. This seems like a great way to be a me-too entity.

All startup ideas are risky. You need to know if you are risky on the early side or the late side. You can win either way, but you know better what you will be up against, in terms of surviving to an exit, if you know where you are on the timeline of ideas.