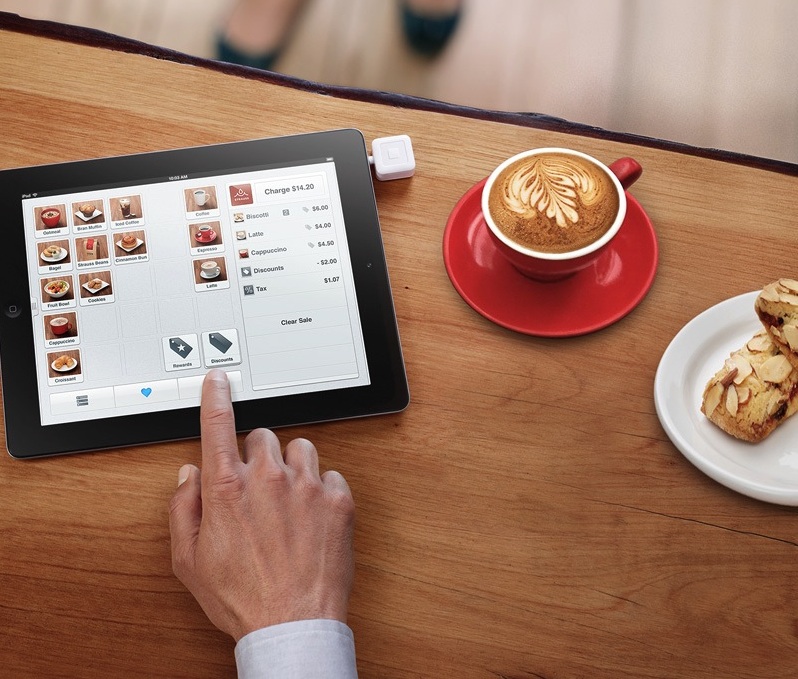 The cash register is a relic of the Civil War era and has reigned as an icon of American commerce ever since.

Walking into a business, selecting what you would like to purchase, and paying for it at a register is an American ritual. However, the average point-of-sale (POS) system is expensive and costly to maintain, inconvenient to set up and manage, and not connected to the Internet. Despite the fact that these types of transactions occur million of times every day, the last significant shift occurred in the 1950s when credit cards and terminals entered the scene.

Now, the point-of-sale industry is undergoing its next wave of transformation as higher rates of mobile penetration and the growth of e-commerce and digital payments set the scene for a mobile-centric, cloud-connected overhaul. At last, Internet companies are fundamentally changing the way brick-and-mortar businesses accept payments.

Dance of the dongles

Square took the payments sector by storm when Twitter founder Jack Dorsey launched it in 2009. The startup makes a small piece of hardware that plugs into smartphones that reads credit cards. Dongles, as they are affectionately called, quickly rose to the forefront of the international tech scene, with competitors such as iZettle, Payleven, and mPowa cropping up on every continent.

When Square first started out, it primarily targeted its dongle to small business owners who could not afford a point-of-sale system but needed to accept electronic payments to keep their business afloat. Square Register now includes a full suite of software with checkout customization features, management tools, and data analytics. As a result, customers are expanding beyond the initial market of roaming food truck owners, artisans, and taxi drivers. VP of Square Register Jesse Dorogusker said that the set using iPads specifically for physical stores is the fastest growing segment of the business.

“This has been a gathering storm for many quarters,” he said in an interview with VentureBeat. “What is resonating with these merchants is the ability to impact their businesses using analytics and reporting. Our vision for the future of commerce involves a point-of-sale that provides a variety of features to support businesses, and the hands-free experience of the square wallet for consumers. We are changing the way commerce is done to make it easier for everybody.”

In August 2012, Square announced a surprising partnership with Starbucks that meant Square would power the coffee giant’s credit and debit payments nationwide and that it would begin accepting Pay with Square. Starbucks is a massive international business and falls significantly outside of Square’s initial target market. In this case, Square is not serving as a substitute for traditional methods of payment. Rather, the technology works with them to break POS outside of the limitation of cash registers. This move made it clear that Square had ambitions beyond hipster coffee joints and crafts fairs — and the muscle to execute on it. The $200 million venture capital round (at a $3.25 billion valuation) didn’t hurt, either.

For those business that need more than a dongle, but don’t already have a POS system in place, Square released the “business-in-a-box” earlier this year. The package contains a card reader, iPad stand, cash drawer, and printer for stores that want to run their entire payments system using Square’s software (iPad not included). The software is easy to set up and has tools to help merchants keep track of inventory and receipts, and gain actionable, data-driven insights into their day-to-day operations.

Square now has offerings for businesses of all sizes, and perhaps most importantly, those that are growing and want scaleable systems to grow with them.

Blue Bottle Coffee is a prime example of a company “growing up” with Square. This boutique coffee company recently raised $20 million to expand beyond its home base in California and adopted Square as the method of payment in all existing and future locations. The chain is known for its obsessive attention to detail emphasis on quality. About a month ago, Blue Bottle announced that it would implement Square in all its locations.

“Customers want to go to beautiful, clean places where the people are nice and you can get something that is high-quality and delicious,” said Blue Bottle’s founder and CEO James Freeman. “Square involves no wires or cords, and it speeds people through the line to make the whole experience of transacting as smooth as possible. Giant cash registers are a horrible object to have on your counter, but an iPad is not.”

In addition to aesthetics, collecting and visualizing data is important for businesses of all types and sizes. Reporting and analytics were once beyond the realm of small business owners, who did not have the tech savvy or resources to deal with this kind of information. However, the dogma of data is spreading, and brick-and-mortar businesses also want to benefit from its power.

“There was a large need out there to modernize point of sale, because cash registers don’t talk to the Internet,” said Leo Rocco, the CEO of GoPago. “Our automated reporting system allows merchants to slice the information into different categories to provide understanding down to a granular level. These turnkey solutions will be the norm, as physical businesses begin to leverage what companies like Amazon and ebay have done for e-commerce.”

The one true payment service

PayPal is, of course, the grandaddy of digital payments. The company started in the offline world but has dedicated significant resources to establishing a presence in the physical one. PayPal first launched its own point-of-sale product in May. PayPal in stores requires shoppers to enter their phone number and a pin code during checkout, instead of swiping their credit or debit card and pay via their PayPal account. The service is now available in nearly 20,000 retail locations around the country, including 23 national retailers like Jamba Juice and JC Penny.

“We have spent the past year-and-a-half reinventing and reinvigorating PayPal to give the brand a personality,” said PayPal VP of global product Hill Ferguson during a media sit-down. “It didn’t used to mean anything to people unless they were sitting in front of a computer. Now we have a mobile-first philosophy and other programs to reach consumers at every part of the loop. We help offline users get online and inline users get offline to make the shopping experience as secure and convenient as possible.”

PayPal recently announced a partnership with NCR, a point-of-sale company that has been around for 128 years (or since the dawn of the cash register). As if this wasn’t enough, the PayPal also released a triangular dongle of its own called PayPal Here in 2012, which expanded the service into the U.K. earlier this year. PayPal also introduced PayPal Here for iPad.

“We’ve been around for 15 years, and shopping is going to change more in the next few years than it has in the previous 15,” said Anuj Nayar, PayPal’s senior director of communications. “The last major retail innovation was the credit card, and now finally the line between online and in-store payments is starting to break down. From our point of view, there is not a one-size-fits-all solution for all small businesses, so we provide a range of ways that small businesses can start to take advantage of these new technologies.”

Visions of a digital wallet future

PayPal may be building off the innovation of smaller startups, but its vast reach and broad range of products could make it the global leader. Square has three million individuals and businesses using it and has yet to penetrate mainstream America or international markets. In contrast, PayPal has 123 million accounts, and Nayar said there are 40 million terminals around the world that can be configured to accept PayPal payments. Its recognizable brands and familiarity with finance and banking in different economies are a distinct advantage.

Take the example of digital wallets. Square, Google, Mastercard, and Visa all offer digital wallets, but few people use them. ComScore recently released a digital wallet study that identified low awareness, understanding of benefits, and availability among retailers are among the key barriers to the adoption of digital wallets. PayPal struggles with none of these issues, which is why its 72 percent of the study’s respondents had heard of PayPal’s digital wallet and 48 percent had used it. Far behind in second place was Google Wallet with 8 percent, with Mastercard, Visa, and Square hovering around 2 percent adoption.

It is still early days for digital wallet technology, but chances are it will become more mainstream as consumers become more comfortable with the shifting landscape of payments. For both consumers and businesses, Internet companies are going head-to-head to win their hearts (and wallets). It won’t be long before transactions on all sides happen through smartphones.

To put it bluntly, POS systems are POS, but with mobile, cloud technology, and Internet startups are changing that.