Augmented reality (AR) technology, which overlays 3-D graphics or information over a live camera feed, isn’t a brand-new idea. But now that smartphones are penetrating the mass market, AR may be on the cusp of wide adoption.

Imagine traveling to a foreign country, pointing your camera at a building and having it up pull up a trove of historical information, video and images of the place over the past century.

Two early AR services are SPRXMobile’s Layar (in the Netherlands) and Tonchidot’s Sekai Camera (in Japan), which dig up real estate, job listings or user-generated tags when you point an Android-based phone or iPhone at buildings.

Gaming companies are using augmented reality technology by building 3-D animations that appear on screen for games that interact with a player’s physical surrounding. There are a few examples floating around like this one of an augmented reality, zombie-killing game from Georgia Tech, although few are in commercial use yet.

Other areas of augmented reality, like marketing and promotions, are a bit gimmicky, especially since most seem to rely on Web cams or stationary video cameras and are not compatible with smartphones yet. For sales applications of augmented reality, the eventual idea would be to walk down a store aisle, point the camera on your phone at a box and see an animation related to what’s inside.

There’s been a lot of startup activity in this space of late. Here’s a look at the various contenders (by the way, be sure to take a look at our coverage today of the AR community’s effort to get Apple to open up the iPhone to AR apps): 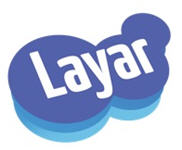 Layar is an Android-based, augmented reality browser from Dutch start-up SPRXMobile. Users can pan their cell phone cameras around and see nearby buildings and spaces tagged with information from the web. Layar currently has five such ”layers” pulling real estate listings, job posts and reviews and is only available in the Netherlands. SPRXMobile plans to bring the browser to international markets and develop an iPhone application as well. The company is based in Amsterdam, has three employees, and is angel funded.

Tonchidot has created the Sekai Camera, a social tagging service for both Android phones and the iPhone, that allows users to walk around and attach notes to spaces like where to eat or prices on products. Future users can access those tags or scrape geo-tagged information from the web about their location. The Japanese company plans to launch the application in Japan and is raising funding for international expansion. Tonchidot plans to charge for the application and also pull in revenue from advertising. The company is based in Tokyo, has 20 employees in product development, and is funded by Japanese VC firms. It’s in the middle of a financing round and didn’t disclose its investors or how much it had raised.

Austrian company Mobilizy launched Wikitude, an augmented reality browser based on the Android platform using information from Wikipedia, user-generated recommendations from Qype and the photo-sharing community Panoramio. It is a travel guide that can annotate landmarks and mountains. Mobilizy is based in Salzburg, Austria.

Earthmine is a mapping company that is building a geospatial platform using 3-D data on major metropolitan areas. In May the Berkeley-based company released Wild Style City, a mapping application that lets users splash virtual graffiti on cities. (See VentureBeat’s earlier coverage here.) Earthmine is based in Berkeley, Calif. It pulled in an undisclosed amount of funding last year and isn’t seeking any additional funding at present.

Ogmento is a five-person company launching an augmented reality game for children this summer on the iPhone called “Put a Spell.” Children will print a gameboard and use a smartphone camera to see 3-D animations interact with the physical board and game cards. “My kids spend all their time in front of computer and TV screens, so I wanted to take the things that attract them to screens and bring that to the real world,” said co-founder Ori Inbar. Ogmento is based in New York and Los Angeles and is privately funded.

Sony demoed Invizimals, a PlayStation Portable game from Barcelona studio Novarama that lets children hunt and capture virtual animals around their real home, in June at the E3 conference. Kids use the camera on the PSP to search around their rooms and then lay physical cards down that appear as traps for the 3-D animals on screen. The company also released EyePet last year, a game where children can manipulate a virtual pet on-screen by moving their hands and drawing for a live camera feed.

French mobile gaming company Int13 has demoed augmented reality prototypes where virtual birds fly on-screen above a real-life table and 3-D characters dance on top of a real card held by the user. Int13 is based in Evry, France.

A few companies are creating one-off promotions or marketing campaigns using AR technology, such as books that have 3-D animations that “pop-out” when under a video camera.

Metaio builds marketing and sales promotions for different companies using augmented reality technology and has released 3-D design software for product visualizations and industrial planning. It built packaging for Lego that lets buyers see boxes’ contents in 3-D animations by using a camera and display screen. The company grew from an industrial background and also uses its technology to help plan factory layouts, by letting users manipulate virtual equipment around a building space. Mataio is based in Munich, Germany, has 50 employees, and is privately funded mainly by Metaio’s co-founders

Total Immersion develops AR marketing promotions for products, retail stores, trade events, amusements parks and online. The French company partnered with Topps Company to create 3-D baseball cards that users can hold under a Web cam and see a 3-D baseball player in the palm of their hand on the screen. They also worked with Six Flags amusement parks on “Dark Knight” themed rides where guests see 3-D clown superimposed on their faces in a mirror. And they’re currently working with Paramount and have produced an AR application for the movie maker’s Star Trek movie. Total Immersion is based in Suresnes, France, has 50 employees, and has had three rounds of funding funding from Partech, I Source and Elaia Partners