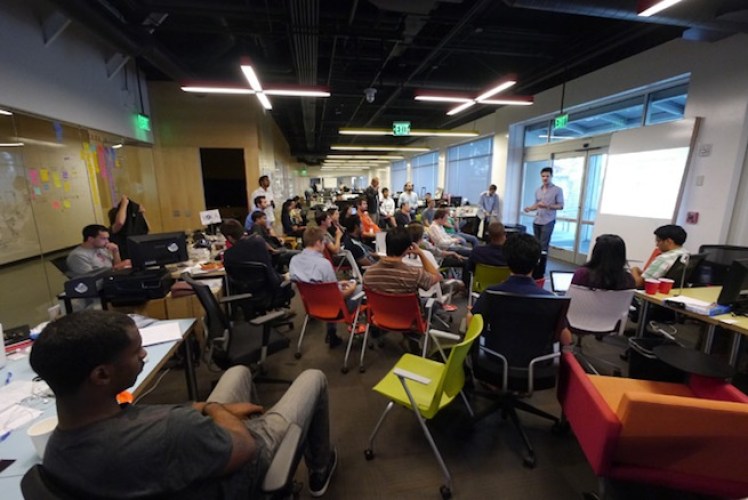 StartX functions a little bit differently than other accelerator programs in Silicon Valley.

A Stanford affiliated nonprofit, the accelerator provides student entrepreneurs with housing, office space, cash stipends, advice, and mentorship — much like storied Y Combinator (“YC”) program, except its entrepreneurs won’t need to hand off a piece of their company. In contrast, YC takes an average equity stake of 6 percent.

Today, StartX received a $800,000 boost from the Kaufmann Foundation to bring its model to campuses and cities in other parts of the country. The money will develop its curriculum and program and “identify a model for replication,” according to the Wendy Torrance, the foundation’s director of entrepreneurship.

The accelerator has grown its operations in the past year: a team of 20 (pictured, below at a staff retreat), operate the program year-round. This year, it brought more than 25 companies to its Palo Alto offices, marking its largest session ever.

This year’s batch have a high standard to live up to. In the past, the 85 percent of startups that have succeeded in raising funds through crowdfunding (Kickstarter, IndieGoGo), venture capital firms and angel investors, have amassed $70 million in total. 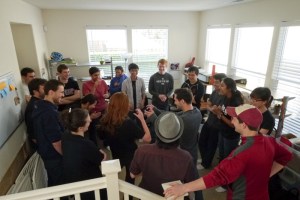 If you’re not all familiar with them yet, StartX, formerly known as “SSE Labs,” was founded in 2010 by a group of Stanford students with a goal to support budding entrepreneurs in their midst. The program receives applications from more than 6 percent of the Stanford student body and is highly competitive. Last year, StartX reported that it received 1,000 applications and accepted 24 total.

Recent StartX successes include Maykah, a “toys for girls company” that far exceeded its funding goals on Kickstarter. GameClosure pulled in $12 million in funding, and consumer-focused startups in the portfolio like Kitchit (bespoke dining) and Modewalk (online luxury shopping) are some of this year’s hot companies to watch. StartX recently launched a healthcare-focused program, “StartX Med,” to support medical and biotech startups.

The organization is headquartered a stone’s throw from Stanford University in the AOL building on Page Mill Road. Spend any time there and you’ll find that rare enthusiasm for entrepreneurship, where little talk of a billion dollars exits. It’s quite infectious. The mentors feel it, too, and are there on their own dime (although it doesn’t hurt to forge connections with students, handpicked from Stanford’s business, engineering, and computer science schools).

Read more about 2011’s batch of StartX companies here. Recognize any of these names? We’ll be there to cover the upcoming StartX Demo Day on September 6.