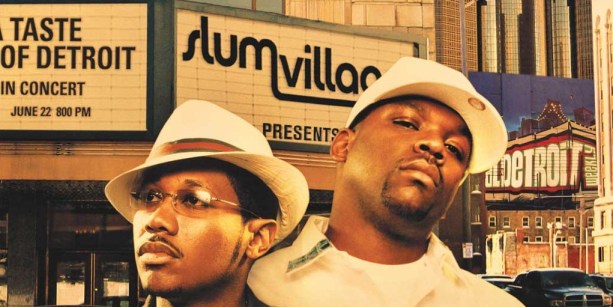 A new mixtape from the hip-hop group SlumVillage and DJ/entrepreneur Mick Boogie debuts today, so last week the band began the delicate process of building buzz online. They partnered with the New York startup StereoGrid, which set out to promote the song via its music delivery platform, a service that allows artists to send music to music bloggers and press in a controlled and measured way.

The first single from Slum Village was a track called “Turning Me Off” featuring De La Soul. It was released at 9am EST on March 20th to the StereoGrid Network of music bloggers and press, as well as delivered to a curated email list of hip-hop bloggers. Within hours the song would make its way on to marquee hiphop websites like NahRight, 2DopeBoyz, HotNewHipHop, and RapRadar, and to other notable publications like PrefixMag and Pigeons and Planes. These websites collectively account for millions of visits per month and are considered by many as the digital gatekeepers in the hip-hop industry.

For the listeners who showed up that morning, the song was “leaked”. It was a choice the artists made, done in a controlled manner, but in the parlance of the web, people require a bit of piracy to get excited. And of course, when you play with fire, it’s easy to get burned. In those first few hours, well-known music blog HypeTrak took the song out of the controlled StereoGrid ecosystem and uploaded it to another file-hosting website called ShareBeast, a service that incentives users to use their file-hosting solution and media players through a rev-share agreement based on referred traffic to its download pages (Remember MegaUpload? Yea, they used an incentive-based model too). Now Slum Village had lost control of their music and associated analytics.

Three days in the track has gained 1,600 plays, 148 downloads, and garnered 175 fans through StereoGrid’s official network. It did even better in the wild west of the web, with 60,200 search results for the song in Google, 29,100 of which are blog results.

“We’re building out a set of tools that lets artist follow their tracks as it spreads virally across the entire music ecosystem on the web,” said StereoGrid founder Andrew Zarick. He’s not trying to defeat piracy and file sharing, but to build around it. So far he has bootstrapped the company, which is himself and three developers, and is based out of NYU Poly’s incubator in Dumbo.

“It’s not that websites like HypeTrak, who originally took the song out of a controlled ecosystem, are in the wrong,” Zarick explained. “The issue is that incentives are not aligned. Bloggers are incentivized to write about content that drives pageviews and traffic so that they can monetize ad impressions and referral traffic to websites like ShareBeast. Artists are incentivized to release free promo music to these same websites in order to gain exposure for their music, to reach their existing fans, acquire new ones, and to understand where and how those fans are engaging with their music. StereoGrid is trying to sit in the middle and add value for both music websites and artists.”