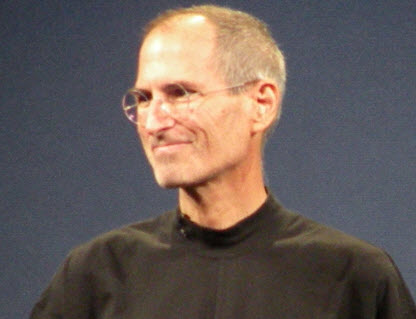 In an interview with the New York Times columnist David Pogue, Apple chief executive Steve Jobs emphasized that Apple was going after the video game market, particularly with its iPod Touch gadget.

Jobs said in the New York Times interview, “Originally, we weren’t exactly sure how to market the Touch. Was it an iPhone without the phone? Was it a pocket computer? What happened was, what customers told us was, they started to see it as a game machine,” he said. “We started to market it that way, and it just took off. And now what we really see is it’s the lowest-cost way to the App Store, and that’s the big draw. So what we were focused on is just reducing the price to $199. We don’t need to add new stuff. We need to get the price down where everyone can afford it.” 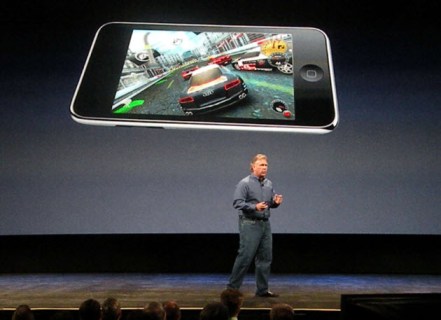 During Apple’s press conference in San Francisco today, Apple senior vice president Phil Schiller (right) touted the huge presence of games on the App Store. There are 21,178 games on the iPhone and iPod Touch. By comparison, Sony has 607 PlayStation Portable games and Nintendo’s DS has 3,680.

Schiller noted that the aging rival platforms don’t have multitouch screens, don’t have anything like the App Store, and their games are expensive compared to the iPhone/iPod Touch games, which range in price from free to $9.99. DS and PSP games are at least twice as expensive at $25 to $40.

There are more than 50 million iPhones and iPod Touches in the market. That is within spitting distance of the 51 million Sony PSPs sold, which explains why Sony is launching the PSP Go model — a new and improved handheld game system with flash memory instead of a proprietary drive. And though the Apple platform is only two years old, it is more than half way to Nintendo’s 100 million-plus installed base of DS handhelds, which have reached that number after almost six years on the market.

Users have downloaded more than 1.8 billion apps. If games have their fair share of those total downloads (and most believe they do), then more than 500 million games have been downloaded.

Even at $199 Apple’s camera-less iPod Touch is at a price disadvantage; the Sony PSP sells for $199 as well, while the Nintendo DSi sells for $169. Those prices are so close that gamers will have to think hard about what they will buy. 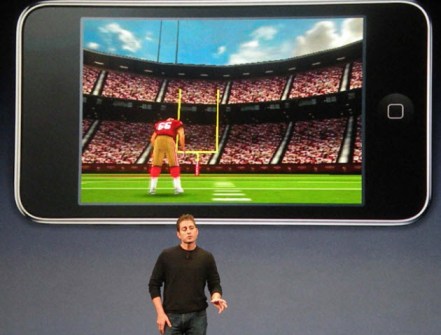 As you can tell from all of the numbers in this story, Sony and Nintendo have something to worry about. The newest iPhone 3G S is an extremely capable 3-D graphics handheld and supports the OpenGL ES 2.0 graphics standard. Hubert Nguyen of Ubergizmo believes that the graphics in the new iPhone could display something that looks as good as Half-Life 2 — a stunning game on the PC from 2004. I’ve already noted how the graphics on id Software’s Doom Resurrection on the iPhone looked truly amazing.

The games that Apple showed off at its press event today were gorgeous, but the real OpenGL ES 2.0-compliant games are coming later this year. Travis Boatman (pictured) of Electronic Arts said EA’s Need for Speed Shift game will be fully OpenGL ES 2.0-compliant. And that means it’s going to look good. Other EA games on the Apple platform: Madden NFL 2010, Command & Conquer, and NBA Live.

Earlier this summer, I couldn’t find all that many iPhone games which I would consider to be next-generation iPhone titles. But after today, as you can see from our video interviews with Tapulous and Ubisoft, those games are on the way. Ubisoft thinks highly enough of the iPhone that it is launching its version of Assassin’s Creed II on Nov. 11, the same day it releases console versions. Gameloft, meanwhile, has 35 games on the App Store and more than 20 million downloads. It is releasing Nova, a sci-fi shooter with outstanding graphics, on the iPhone and iPod Touch.

Steve Jobs couldn’t have been more clear in his plan to move into games. Game developers have often wondered if Apple really cared much about games. Now it’s clear they do, as they have embraced these numbers.

Some of the game companies have said that Apple hasn’t made a highly profitable game platform on the iPhone/iPod Touch yet, at least not in the way that Facebook has with social games such as Zynga’s FarmVille. But Apple took a big step in the right direction today when it announced Genius for the App Store. Games can easily get lost if they’re not in the top 100 ranks. With the new Genius feature, Apple analyzes your library of apps and recommends similar apps that it think you might like. That feature could really help spread more games, said Bart Decrem, chief executive of Tapulous, whose Tap Tap Revenge has been downloaded more than 10 million times. One by one, Apple has been removing all of the foibles and flaws in its game platform.

It’s time for Sony and Nintendo to deal with this threat.