GamesBeat: What are some of the growth areas you’re looking at? Do you believe that some areas are more ready than others? We’re looking at things like esports, like VR and AR. There are a lot of frontiers in the game industry. You could invest a lot in any of these, or prioritize some of them. Do you see any one area as a priority for Tencent to move into?

Ma: We’re doing a lot in esports. We believe that it’s as much fun to watch a game as to play a game. More and more people are spending their time watching people play games. It’s not just esports, too. We also do a lot of investment in game video streaming platforms. We want people to use that kind of technology to create more good experiences.

At the same time, we’re looking for different areas. In Tencent’s way of doing business, we’re not usually the first mover in the market to announce something. We have a long-term way of looking at new technology. You mentioned VR. A lot of companies are already launching VR projects in the market, but it seems like that market isn’t happening today. It needs more time.

Our way of doing things, we talk a lot about VR internally. We’re looking for when VR technology will be ready in the game industry. We need at least three areas to be ready. One is believable characters. When I see another player in a game, I should be able to believe that’s another person. Next is believable interaction. When I touch you, I should be able to feel that. Finally, a believable environment, an environment that you can believe is a real world.

When those three areas of technology are ready in the industry, that’s the day when VR could have a real impact. We do a lot of investment into that kind of technology. We don’t want to make the first move, but we want to prepare for when that’s ready. In the case of believable characters, we did our partnership with Epic Games last year with Siren. That’s one key point of what we’re preparing in that area.

Above: Epic Games’ Siren demo is an example of digital humans. Tencent worked with Epic on it.

GamesBeat: Do you see VR arcades doing well in China?

Ma: I’d say right now it’s too early. The resolution isn’t high enough. The backpacks are too heavy. We may need more time to keep waiting for the hardware.

GamesBeat: We’re getting close to having real digital humans. You also have all this AI activity that you can combine with games.

Ma: We do a lot of research. We’re looking at how to use AI to improve gameplay. We did a test in China where players can play against an AI in Glory of Kings. It went quite well. Right now it can compete with some of the professional players.

Also, beyond the consumer side, we’re looking at the developer side, how we can use AI to improve game development. I play a lot of online RPGs, and the problem there is that you never have enough content. The world is limited — limited quests, limited NPCs. People want to always explore new territory and new stories, and that requires a lot of people on the development side. But if you can use AI to develop content — the AI can know what’s going on in a virtual world and expand it. That’s another area we’re looking into.

GamesBeat: It seems like what you’ve done a lot is operate in China and learn and invest in the rest of the world. Do you think that in the future you’ll do a lot more operation in the western world. 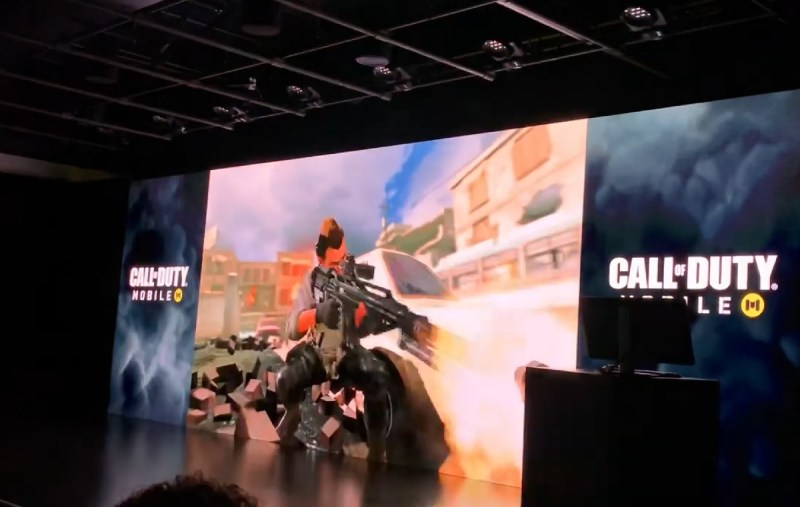 GamesBeat: You became the number one game company in the world a while ago now. Is that goal in itself, to be the biggest game company?

Ma: No, I don’t think that’s our target. Even if we are number one, if you think about it like being the number one movie company in the 1930s, it’s not that exciting, right? [laughs] We’re still at an early stage. We still believe that there’s a lot of space and potential there. More important for us is how many new game categories and new game genres we can create or help our partners to create. That’s the most important thing. It’s what I spend a lot of time on.

GamesBeat: You have your cloud gaming platform, and Google just announced theirs as well. I think you might have as many data centers as they do. Is that an interesting change in the industry, something that’s going to change things for Tencent?

Ma: It’s exciting to see Google also join the game industry. I believe they’re doing the right thing, just like we are. One of our dreams is to bring high quality games to more and more people. Back in 2000, you had maybe 100 million game players worldwide. Now it’s closer to 2 billion people. We believe more and more people will start playing video games. Anything that helps that happen is a good thing.

On cloud gaming, we’re doing a lot of preparation. You saw our announcement on the hardware side with Intel. We’re already doing some small tests in China. But it all depends on gameplay — is it good enough to play a game on a cloud platform? With some games it works very well, and it’s very convenient for people. I believe it will be successful. But with some games you need more control and quicker responses. That will need more time.

Ma: Maybe, because content is important for all internet companies. For the game industry, it’s always the content itself. That’s more important than any device. People don’t play a device. They play games.