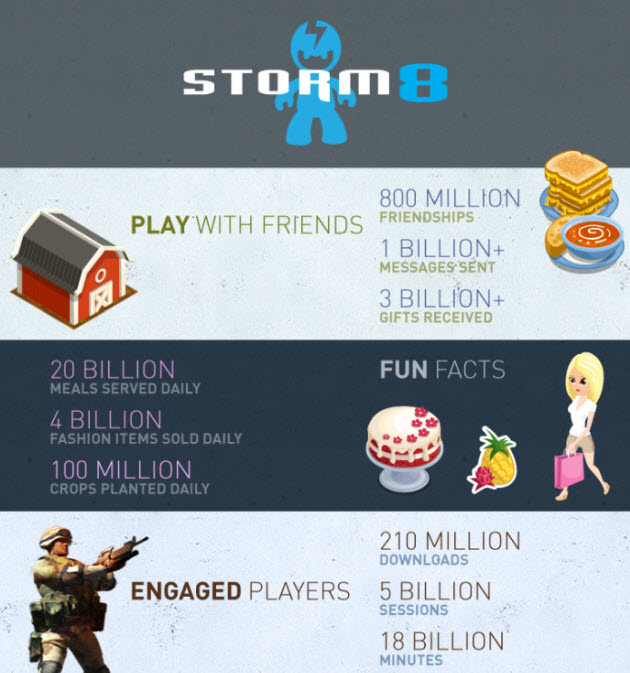 Storm8 has launched three strong games on Android mobile devices in recent weeks, bringing to 13 the number of titles the mobile game company has on Google’s mobile operating system. The titles are simple simulation and role-playing games — City Story, Fashion Story and Zoo Story. Graphically, they are like many other mobile games already available. 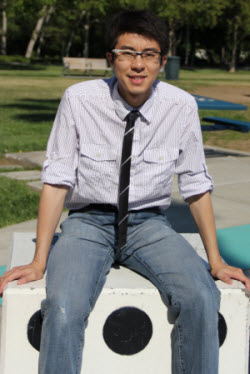 But Storm8’s games aren’t anything to laugh at. The Redwood City, Calif.-based company has had more than 210 million downloads, 5 billion play sessions, and 18 billion minutes of games played. About 20 billion meals are served daily in its games. Four billion items are sold daily. And 100 million crops are planted daily. These kinds of actions suggest big revenue opportunities for Storm8, since its games on Android are free-to-play titles, where users play for free but pay real money for virtual goods.

City Story, Fashion Story and Zoo Story are being formally announced today, although they have quietly launched in the past few weeks on Android. These games were created by the company’s TeamLava internal game development studio, and they’re evidence that the company plans to be a leader on Android, said Perry Tam (pictured), chief executive and co-founder, in an interview. Now, 75 percent of Storm8’s games are on both Android and the iPhone.

The company says that it saw its first $1 million revenue day earlier this month. Tam said he is bullish about Android because of the recent launch of in-app purchases, which enable someone to buy something like a virtual good without leaving a game. Since integrating in-app purchases on its Android titles, Storm8 has seen a 60 percent increase in Android revenue. The company launched its first Android title a year ago.

Since last year, Storm8’s user base has grown by 300 percent. Every title released by Storm8 has reached the top 10 free apps in the Apple App Store, Tam said. And all of the games consistently appear in the top 25 grossing apps list on the App Store. Top titles include iMobsters, World War, and Vampires Live. Internally produced titles include Bakery Story, Restaurant Story, and Fashion Story. The games are social and customizable.

Thanks to the success, Storm8 has never had to raise money and is profitable. Tam said the team owes its success to good quality, great graphics, a good game engine, and marketing.

“We understand our users well and adapt our games for them,” Tam said. “We also introduce our games at a rapid pace, or about one a month.”

The company was founded in 2009 by Tam and other former Facebook employees. Storm8 has 50 employees and competes with rivals such as Zynga, Pocket Gems, Electronic Arts, and TinyCo.

We’ll be exploring the most disruptive game technologies and business models at our third annual GamesBeat 2011 conference, on July 12-13 at the Palace Hotel in San Francisco. It will focus on the disruptive trends in the mobile games market. GamesBeat is co-located with our MobileBeat 2011conference this year. To register, click on this link.