Budding retail entrepreneurs aren’t short of options when it comes to selling stuff online, whether through an eBay store, Amazon Marketplace, or something hosted on Shopify or Squarespace.

While these various retail conduits make it easier for someone without technical prowess to launch their own ecommerce site, sellers still need to exercise ample business smarts, such as sourcing stock at the right price, managing inventory, figuring out profit margins, optimizing shipping schedules and costs, and more. In other words, there are still enough barriers to deter many people from launching their own retail store.

That’s why Storr is aiming to carve out a niche in the $500 billion U.S. ecommerce industry with a peer-to-peer (P2P) marketplace that lets anyone launch their own virtual store — with goods from established brands — and earn money on commission.

Storr is positioning itself as a platform that “democratizes retail” by letting the average person fulfill a role typically served by a retail outlet, without having to worry about all the resource-intensive facets of running such an outlet. You could say it’s a little like Mary Kay meets Amazon.

Founded out of San Francisco in 2016, Storr announced a $4 million seed round earlier this year, with backers such as David Sacks’ Craft Ventures and the former CEOs of Neiman Marcus and Macy’s.com. In the intervening months, Storr has added another $3.8 million to the pot from Spark Capital and a range of Silicon Valley angel and strategic investors.

Stores can be opened in a matter of minutes through the mobile app on Android and iOS. It’s just a matter of choosing a name and selecting items from the various brands that have chosen to integrate their inventory with the platform.

Brands themselves set the rates for commission, which must fall between 15% and 30%. Perhaps more importantly, the seller doesn’t have to do anything else — the brands take care of managing inventory, shipping, and dealing with returns. 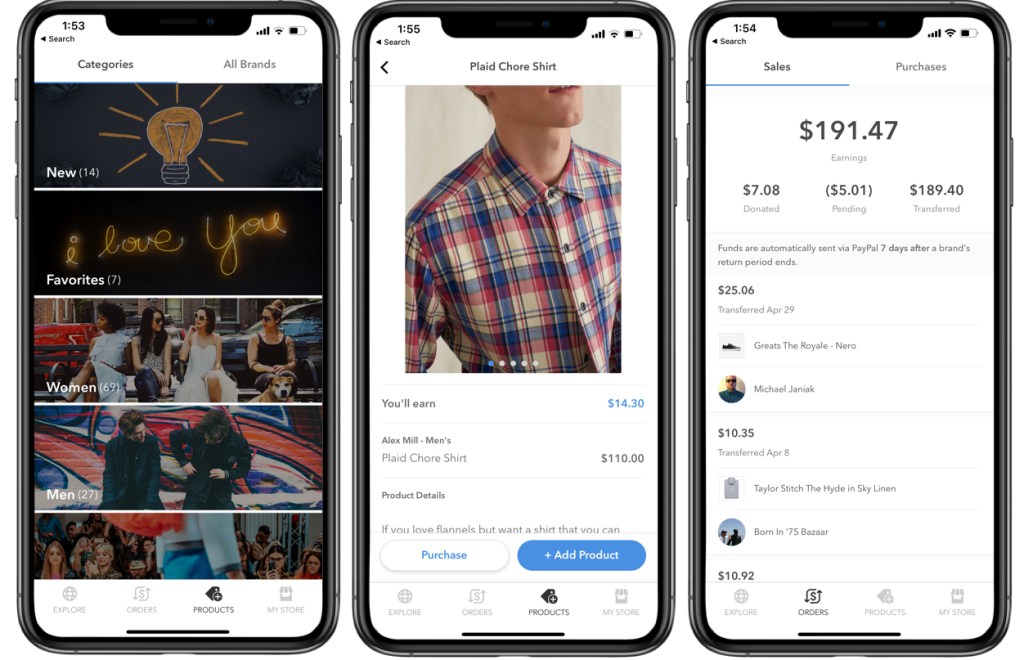 Above: Storr makes it easy to launch an online store and earn commission

At first glance, the Storr concept is a little confusing — why would brands entrust random members of the public with setting up stores and selling their goods? Essentially, Storr — and its customers — are banking on the network effect. Those who launch a store on Storr can create and build their own retail emporiums specializing in anything from men’s underwear to sports footwear and then do all the marketing themselves, be that to friends, work colleagues, or the wider public.

“Twenty-one percent of U.S. shoppers made a purchase as a result of peer social media recommendation, but the $3 trillion global ecommerce industry traditionally pays commissions on sales to giant, established retailers,” Storr CEO Eric Senn said. “Now people on Storr will get a share of that revenue, instead of Amazon, Instagram, or other third-party retailers.” 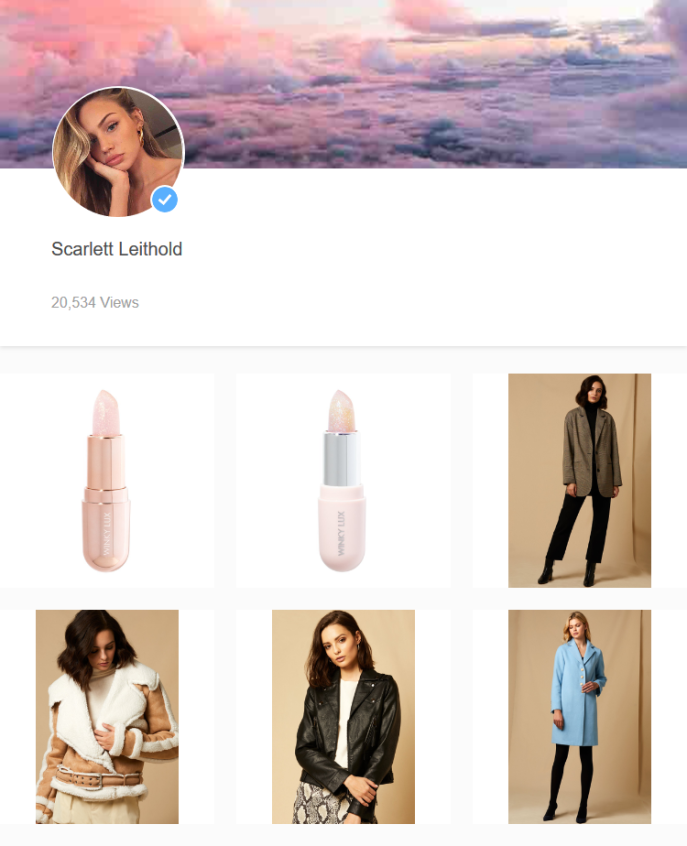 Above: An “influencer’s” Storr store

Shoppers can buy goods from sellers’ stores through Storr’s mobile app and website, though sellers can of course link to their online store in their profile across all the usual social networks, including Instagram. You could say that Storr is going directly up against Instagram’s own built-in shopping feature, though without any direct integrations. 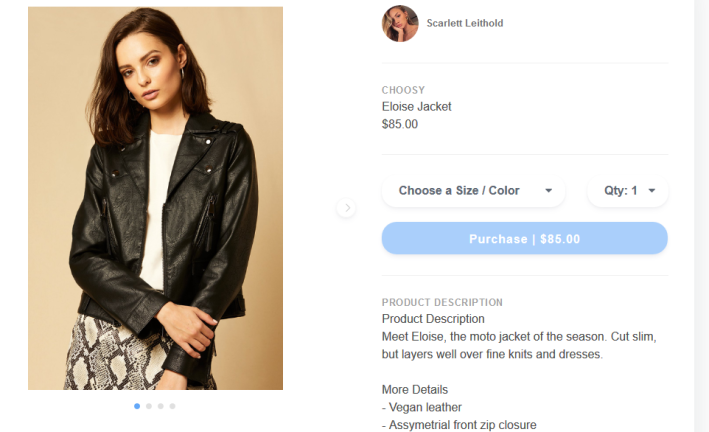 Above: Buying directly through Storr

In reality, Storr can be used by anyone looking to leverage their online connections to make some cash. Leading up to this week, Storr has been in a limited “soft launch” pilot phase, during which it claims 30,000 sellers signed up, and now it’s officially opening with general availability.

“Some of our top sellers, many of whom are still in school, are already on pace for $100,000 in sales on Storr this year,” Senn added.

A platform such as Storr feels like it could become overrun with nearly identical stores touting roughly the same merchandise. But the company said the probability of that happening is “very low,” given that 175 brands are currently offering 35,000 items to choose from. Moreover, the idea behind Storr is for individuals to curate their own inventory and market to people they know, or a large group of online followers, so it’s perhaps less likely that shoppers will head straight to Storr for general shopping purposes — reducing the chances of duplication.

“Storr is taking advantage of three megatrends: the rise of the peer-to-peer economy, the lack of personalization in a retail market dominated by Amazon, and the inauthentic commercialization of Instagram,” added Craft Ventures VP Brian Murray.