Stranger Things 3: The Game will debut on the PC, consoles, and mobile devices on July 4, just as season three of the popular Netflix show Stranger Things debuts.

Netflix is moving into the game business. So now we don’t have to hear all that talk about who is going to be the “Netflix of games.” Clearly, it’s going to be Netflix.

BonusXP, the game studio that made the original Stranger Things: The Game mobile title in 2017, is working on the new game in collaboration with Netflix. It’s another sign, in addition to the interactive movie Black Mirror: Bandersnatch, that shows Netflix is aware of the power of games.

The game takes players beyond the TV show. The trailer gives a first look at more of the playable characters — including Dustin, Steve and Billy — which are just a few of the 12 playable characters in the game, each with their own unique talents and stats. 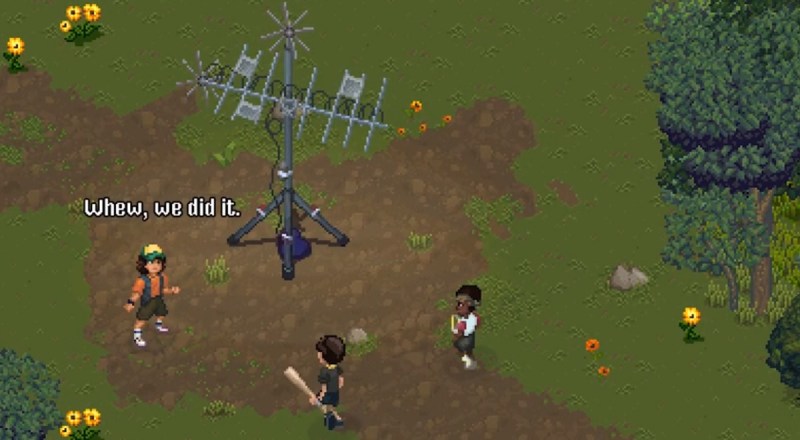 Above: Stranger Things 3: The Game has local co-op play.

The game will launch in tandem with Stranger Things Season 3 on July 4, and will be available for fans and gamers on multiple platforms, including the Xbox One, PS4, and Switch consoles as well as PC, Mac, and a streamlined version on mobile.

Fans will be able to experience their favorite show through a mix of exploration, puzzles, and combat.

Just like in the show, teamwork is at the heart Stranger Things 3: The Game. Fans can team up in two-player local co-op or in single player mode alongside an artificial intelligence partner, in the role of one of twelve characters from the show.

Together, they’ll play through familiar events from the series while also uncovering never-before-seen Stranger Things secrets

You can explore the eerie world of Hawkins to uncover new mysteries beyond what’s seen in Season 3. The game is designed for fans of all skills levels, and it features drop-in/drop-out local co-op play.