The basic idea of StreamElements is that it’s a one-stop tool to help livestreamers with every challenge they face.

“What content creators want to do is create content all day,” said Nir. “And they want someone else to take care of distribution, production, and potential revenue generation.”

As Nir explains it, StreamElements’ job is to help in three problem areas for creators.

The first is with the actual production of what viewers see on a stream. StreamElements calls this the “pixels.” The company offers help with overlays, graphics, and contextual on-screen alerts.

“We want to make sure your stream looks professional,” said Nir. “Whether that’s to do with the overlays, alerts, and widgets or integration with the streaming platforms like Facebook, YouTube, and Twitch.”

StreamElements even has its own OBS (open broadcasting software) add-on called OBS.Live to make managing all of this easier.

StreamElement’s second job is audience engagement. This is a suite of tools that make it easier for a livestreamer to communicate with their audience.

“It’s really all about community,” said Nir. “It starts with under 10 people watching you, and then grows to 20, 30, or 50. You don’t get to become Shroud or Ninja overnight.”

StreamElements tries to expedite that lengthy process. It offers a loyalty system where people earn points by watching. They can then spend those points on various perks. Creators also get comments in their dashboard to help track conversations. And when fans tip, StreamElements ensure that the broadcaster and chat all know it with alerts.

The third area where StreamElements helps creators is with brand partnerships. And this is crucial because this is also how StreamElements itself is going to make money.

StreamElements started because Perry was working as a quasi-agent for livestreaming talent. And agents only take a percentage of the deals they bring in. That metaphor extends to StreamElements itself. The company only wants to take a cut of the deals it brings to creators.

And StreamElements is in a unique position to deliver on those kinds of sponsorships.

StreamElements is not the only company trying to bring brand deals to creators. Twitch and other platforms are also in that business. But when StreamElements makes a deal with a sponsor, it has an advantage. It controls the entire production of the livestream from the creator to the viewer.

That’s important because it enables StreamElements to promise a certain level of predictability in how a sponsorship will appear on a channel.

“When a brand does a sponsorship today with a streamer, up until the moment the streamer goes live with the graphics on screen in the right place, nobody can verify that they’ve set everything up correctly,” said Perry. “There are really heinous clips running all over the internet about activations gone wrong. Streamers are streaming live, and they need to do the activation, but they discover in real time that they have to drag the banner in the right place or make it the right size and so on.”

But that’s not a problem with StreamElements. Creators don’t even need to do any of the work themselves.

“All of this is prevented because our entire production stack is cloud-based and remotely controlled,” said Perry. “We can test it before the streamer goes live. And we can set it all up for the streamer, so they don’t even need to set it up. We just tell them, ‘here’s the overlay. You go live. We got you covered.'”

This, of course, extends to other issues where someone with manager privileges on a streamer’s channel can fix something. The creator doesn’t even ever need to know that something went wrong.

StreamElements doesn’t just control the live video, though. It also integrates with the chat. This enables sponsorships to have interactive elements.

“With an activation we’re doing right now for Western Digital, it’s not just about showing the brand on the screen,” said Perry. “It’s about doing things like unboxing, asking the audience what they think, and getting polls in real time. Having more meaningful integrations and more meaningful engagement with the audience using the production stack.”

Perry explained how one streamer did a poll asking viewers how many games they have installed on their console hard drives. That enabled the creator to steer the conversation into the sponsorship based on the reaction of viewers.

“The results were shown in real time, and all the audience was involved,” said Perry. “Then she did the presentation of the product, which increases the size of your hard drive.” 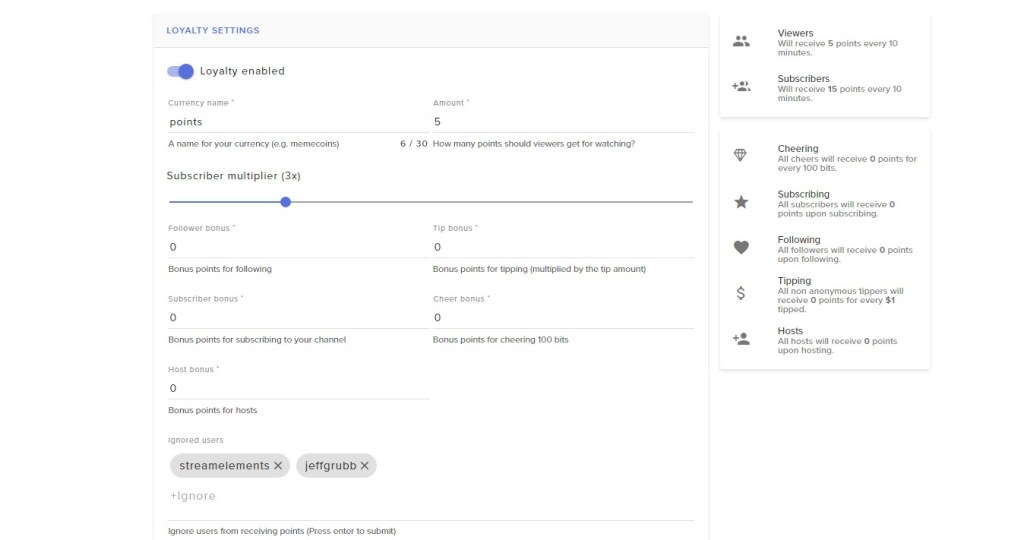 But that interactivity is important because it can also provide important data about audience sentiment. Again, because StreamElements controls the entire production of a livestream, it can track how an audience is reacting to what they are seeing.

“All of that data — when we started stepping into the brand world, we discovered that it’s extremely powerful and valuable for those brands,” said Nir. “A streamer does something on stream and you see positive or negative emotes. You can understand if they like or don’t like what they’re seeing. If you do that while you’re showing a new product or a trailer for a new movie, you can provide very valuable real time feedback to the brand on what they’re currently deploying.”

The StreamElements team feels like it’s in a strong place. That’s one of the reasons it is doing interviews like this one. But the company also says that its focus is still on growth. That’s usually tech-startup code for profits are still a ways off.

StreamElements is adamant, however, that it’s not going to suddenly start monetizing creators.

“We made a very conscious decision, and we understood very early, that if we’re going to be a massively big and successful company, we can’t focus on trying to monetize the streamers,” said Perry. “You have a low number of creators that are actually making money and can afford to pay for these services. Then you have a very long tail of streamers that are really not making any money. It’s more of a hobby. Maybe they hope that if they become successful, some time they could turn it into a living, but they’re not really monetizable. Trying to monetize the creators, we think, is a bad strategy.”

Instead, StreamElements is going to grow to attract creators that are (or will become) massive attractions. And then the company can sell sponsorships. The company admits this is going to take time.

“You’re right to assume that this is harder, and growing slower, than if we decided to try for a short-term gain and monetize our streamers,” said Perry. “Streamers are already using our stack, hundreds of thousands of them, and brands are still slowly getting into the game. But for a 3-year-old company, our revenue is looking phenomenal for the first year that we’ve started doing this. It’s even more promising for next year. Our investors are super-happy, and everyone involved is very aggressive about the company.”

But what does that growth look like? StreamElements is definitely trying to bring in more creators. But it already claims to have 40% of the market in terms of minutes viewed on Twitch, YouTube Live, and Facebook Gaming. In the meantime, however, it’s also looking to offer more revenue streams for its current talent. For example, the company is in the middle of launching an integrated merchandise service. 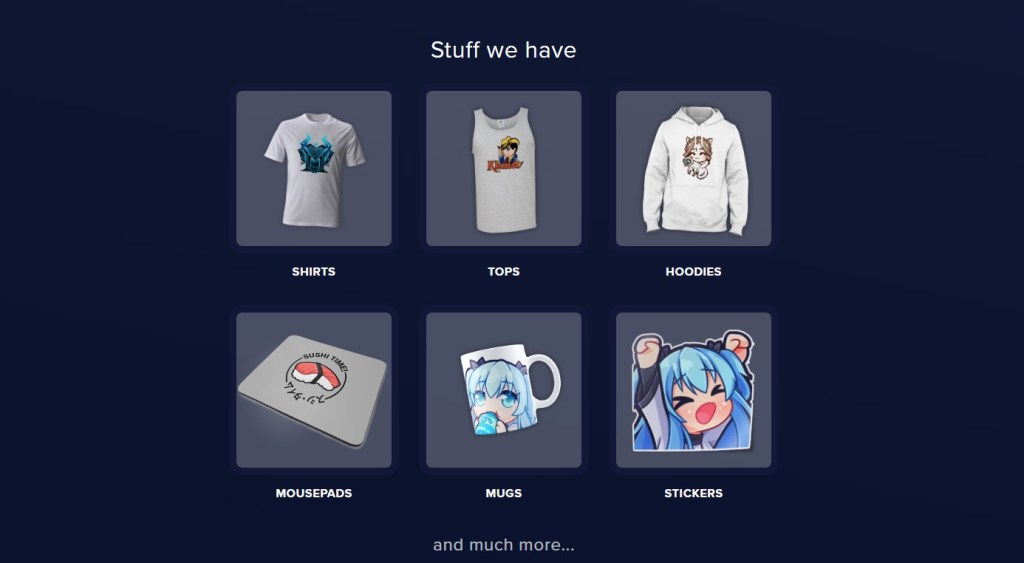 Above: StreamElements enables creators to quickly build their own merch store.

“We’ll launch our merchandising product by the end of the year, which will enable every streamer to open their own store free of charge and start selling their own merch,” said Perry. “This is going to be the first time we’re launching a scalable merch operation.”

As with everything else StreamElements does, merch will have deep connections to all of the other aspects of a creator’s livestream. On-screen and in-chat alerts will thank viewers for buying the apparel. This will include images of the product you bought and links for other viewers to click on.

And then the company has some other announcements in the works that it plans to reveal soon.